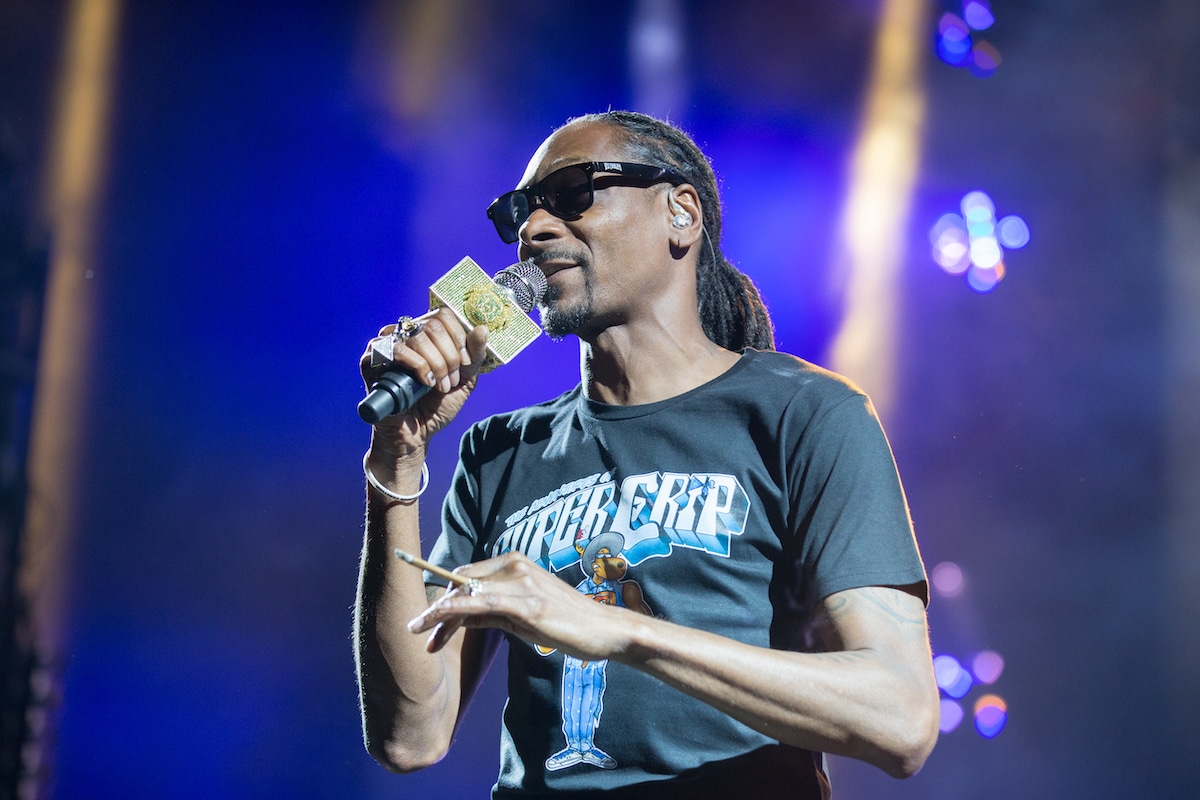 Based on the US West Coast, Cordozar Calvin Broadus, better known as Snoop Dogg, has a long and varied career. Snoop Dogg’s net worth is currently estimated to be $150 million.

Snoop Dogg emerged as one of the wealthiest and most successful rappers from the rap scene in the 1990s, and he’s one of the few still active in the music industry today.

1) His Name Comes from the Peanuts Comic Character

Cordozar Calvin Broadus was born in Long Beach, California, on October 20, 1971. Just after he was born, his parents divorced, and Snoop Dogg has had little with his biological father throughout his life.

His distinct name came from his mom and stepfather because of how much their son enjoyed the Peanuts comic character. When he was very young, Snoop started singing and playing the piano in the Golgotha Trinity Baptist Church.

He started rapping early, in the sixth grade and when he wasn’t rapping or at school, his hustled. Snoop Dogg bagged groceries, delivered newspapers, and sold candies to support his family.

Despite his mother’s best efforts to keep him playing football and singing in the choir, he started running the streets when he was a teenager,.

He was detained for cocaine possession not long after his high school graduation and was regularly in and out of jail or prison for the following three years.

3) He was Discovered by Dr. Dre

In an effort to get noticed, he made homemade cassettes with the number 213 in reference to the then-current Long Beach area code.

One of Snoop’s first solo freestyle songs, “Hold On,” was on a mixtape that ended up in Dr. Dre’s possession. He was so moved by Snoop’s performance that he invited him to an audition and introduced him to NWA associate The D.O.C., who showed him how to write verses, hooks, and choruses.

Several popular singles from the album were generated, including “What’s My Name?” and “Gin & Juice.” Doggfather, Snoop’s subsequent album, landed at number one on both Billboard charts when it was released in 1996.

For the next three albums, Snoop left Death Row and signed to No Limit Records. He released his 1998 Da Game Is to Be Sold, Not to Be Told, 1999 He No Limit Top Dogg and 2000 Tha Last Meal.

Then in 2002 he signed with Priority/Capitol/EMI Records and released Paid tha Cost to Be da Boss.

In 2012, after a trip to Jamaica, Snoop announced that he had converted to Rastafarianism and would become known as Snoop His Lion. He released his reggae album Reincarnated, as well as a documentary of the same name about his experiences in Jamaica.

In 2015, he changed his name to Snoop Dogg and released Bush. In 2018, Snoop announced that he was a born-again Christian and released his first gospel album, Bible of Love. In 2019, he released his 17th solo album “I Wanna Thank Me”.

In addition to his music, Snoop has directed several adult films under pseudonyms (Michael J. Corleone and Snoop Scorsese) and has appeared in television and film both as himself and in fictional roles. . Snoop Dogg has hosted numerous TV shows including Doggy Fizzle Televizzle, Snoop Dogg’s Father Hood, Dogg After Dark, WrestleMania, Snoop and Martha’s Potluck Dinner Party. Snoop also has many commercial recommendations, including Boost Mobile, Chrysler 200, Orbit Gum, and St. Ides. He’s also named his own malt his liquor, Snoop Dogg’s Footlong Hot Dog, Snoop Dogg his board his company, and numerous clothing lines.

In February 2022, it was announced that Snoop Dogg had acquired the trademark rights to Death Row Records. He acquired the brand from private equity giant Blackstone, which still owns the label’s master recordings and music royalties. You can now release your music under

On June 12, 1997, Snoop married his high school sweetheart, Chante his Taylor. In May 2004, they filed for divorce. They reunited her in January 2008 and renewed their vows. They have three children, sons Corde (1994) and Cordell (1997) and daughter Cori (1999). Snoop also has a son, Julian Collie Broadus (1998), from his relationship with Laurie Hormund. Snoop became a grandfather in 2015 when Cord had a son with girlfriend Jessica Kaiser. Snoop’s first cousins ​​are R&B singers Brandy and Ray J, and professional wrestler Sasha Banks.

Snoop has been a cannabis smoker since the start of his career and has made it a trademark of his image.

In a 2006 interview, Snoop claimed that he was a professional pimp in 2003 and 2004, saying, “That shit was my natural calling and once I got involved with it, it became fun. It was like shootin’ layups for me. I was makin’ ’em every time.” He went on to say that on the advice of some of the pimps he knew, he eventually gave up pimping to spend more time with his family.

Dogg partners with city officials and annually gives away turkeys to the less fortunate in Inglewood, California at Thanksgiving. He gave away 3000 turkeys in 2016.

Learn how to diversify and hedge your long-only stock portfolio. You can sign up for a free insight into the Swing Trading 101 program developed over thousands of hours of trading over hundreds of thousands of dollars across stock, commodities, options, and cryptocurrencies. It’s designed to empower you to take a unique but strategic approach to the markets. Learn more about swing trading.