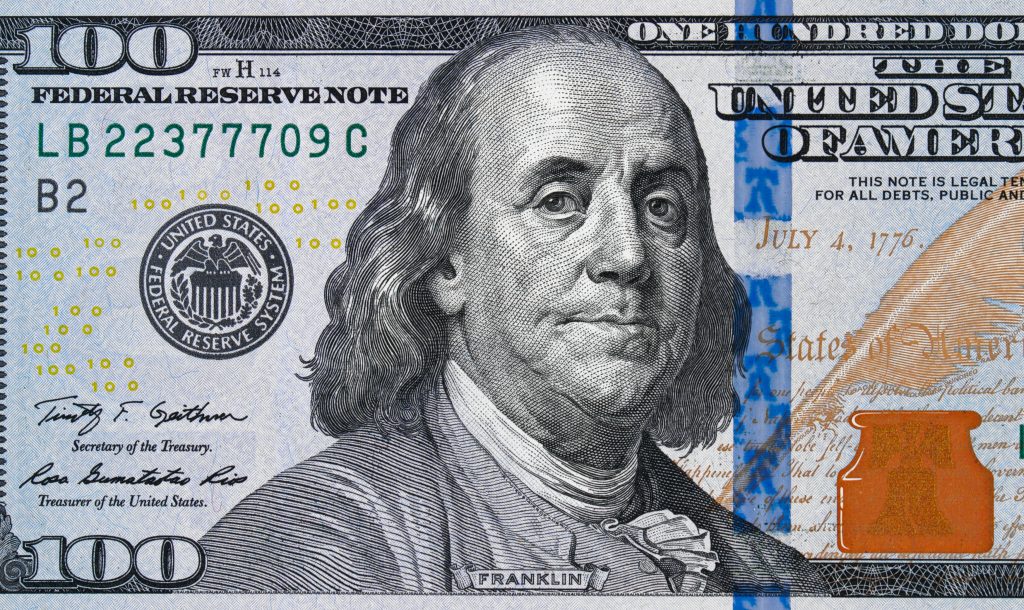 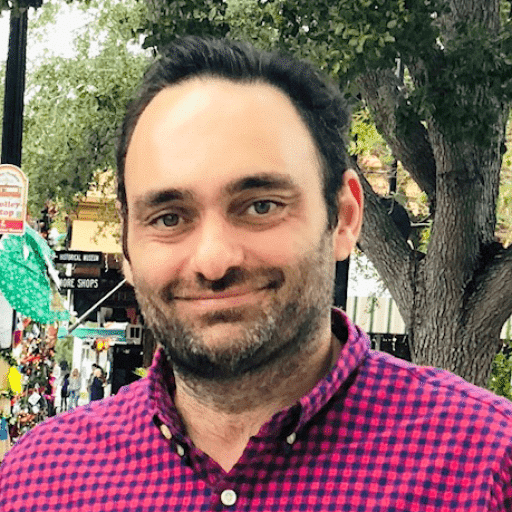 Peter Schiff Net Worth – Everything You Want to Know

What is Peter Schiff’s net worth in 2021, and how did he create his luxurious lifestyle? Let’s take a look at this controversial figure in the world of finance.

Peter Schiff is either loved or laughed at. While his supporters view him as a savant and hero who predicted the stock market crash and housing crisis of 2008, his critics write him off as a “doomsdayer” conspiracy theorist who will have you stockpiling gold bouillon while you wait for the economy to collapse.

Whether you agree with his theories or not, you can’t deny that he has made a windfall as a TV personality, author, podcast host, chairman of precious metals dealer SchiffGold, and CEO and chief global strategist of Euro Pacific Capital. Let’s dive into who he is, what he stands for, and how he makes his money.

Who Is Peter Schiff?


The name Peter Schiff is impossible to separate from the moniker “Dr. Doom.” For years before the 2008 stock market crash, he preached economic collapse and was often ridiculed.

In an August 2006 interview, Schiff said, “The United States is like the Titanic, and I am here with the lifeboat trying to get people to leave the ship…I see a real financial crisis coming for the United States.”

He also released a book in 2007 right before the crash titled “Crash Proof: How to Profit From the Coming Economic Collapse.” In his book, he predicted the upcoming economic collapse and the decline of the American dollar.

It turned out he was absolutely correct…and his star began to rise.

In the 20+ years since he started his brokerage firm, Euro Pacific Capital, Schiff has amassed a fortune. He founded a full reserve bank, Euro Pacific Bank, which operates in the Granadines and St. Vincent.

He also brings in a paycheck as the owner of the Euro Pacific Asset Management and SchiffGold, which deals in precious metals.

Schiff brings in more gravy as the author of six books, all of which deal with the threat of an imminent crash in the U.S. economy and how investors should prepare. His notoriety in the investment world leads to his own podcast, The Peter Schiff Show, and frequent invitations to appear as a financial commentator on networks such CNBC, FOX News, and Bloomberg TV.

As a vocal libertarian, Schiff became Ron Paul’s economic advisor in his bid for the presidency in 2008.

In 2011 Peter Schiff was listed as one of the Who’s Who of Wall Street.


Schiff’s investment style is strongly influenced by his Libertarian political views and his belief that U.S. economic policies and the Federal Reserve are fundamentally unsound. His strategy stems from the free-market Austrian School of economics.

This theory posits that investors will be repeatedly fooled (by temporarily low-interest rates) to make unprofitable investment decisions.

According to Schiff, the fed sets artificially low interest rates that encourage Americans to rack up credit card debt and discourages them from prudently saving their money.

He is opposed to government economic regulation and intervention through stimulus programs and corporate bailouts. He would like to dismantle most of the government agencies and restore economic freedom and small government. He refers to the American economy as a “house of cards” economy that will eventually collapse.

In his book, ‘The Little Book of Bull Moves,’ Schiff says, “The most important part of any U.S. allocation would be to avoid, like the plague, any stocks largely dependent on American consumers, especially when it comes to discretionary purchases or repaying their debts.

That includes financials, retailers, home builders, and consumer discretionary. I would also avoid any high-multiple stocks, which excludes most technology or biotechnology companies.”

He also describes bitcoin as another “tulip bubble.” He doesn’t believe it will ever be actual currency. Ironically, his son, Spencer Schiff, transferred 100% of his portfolio into bitcoin in 2021. In response, Peter Schiff tweeted, “If my own son is this brainwashed, imagine how vulnerable most kids are.”

>Peter further commented on bitcoin, claiming, “The young generation likes bitcoin because most lack the knowledge or experience to see through the hype. When they get older, they will prefer gold too, assuming bitcoin is even still around.”

All of his 6 books and appearances center around the idea that we are on the brink of another economic collapse. His recommendation is to invest mostly in gold and foreign markets.

He is known for his advocacy for commodity-focused investments in countries with growth-friendly fiscal policy. Since 2000, he has been forecasting that gold would soar to $5,000 an ounce. Currently, the highest gold price was $2,067.15 on August 7, 2020.

Not surprisingly, the mutual funds his company manages focus on long-term investments in gold, crude oil and agricultural commodities, and international holdings.

These are a hedge, he contends, against his prediction of the economic decline the U.S. will suffer due to its high debt and the fed’s market intervention.

He tells people to put 10 – 15% of their money in gold, with some of his clients adding another 10% in gold-mining shares.

The number one holding in his Gold Fund, as of Jan 2021, was Metalla Royalty & Streaming.

Mr. Schiff built this company to increase share value by accumulating a diversified portfolio of royalties and streams with attractive returns. The second-largest holding was Fortuna Silver Mines Inc., a company with operations in Peru, Mexico, and Argentina.

The largest holding in his International Dividend Income Fund was Newmont Corp, a gold mining company.

It’s fair to say that Schiff’s business is selling gold, so he will continue to advocate for it whether it performs or not. Peter Schiff’s market predictions hinge on whether or not gold rises significantly. But his net worth will continue to grow as long as investors keep putting their trust and money into his funds.


Real estate is not a substantial factor in the success of the Peter Schiff net worth equation.

Peter Schiff does not advocate buying a home as an investment. He sees it as a lifestyle choice. Nonetheless, he owns homes himself, in both Connecticut and Puerto Rico. Schiff purchased his 8,469sf Connecticut home in 2009 for $2.4 million. It is currently valued at more than $3.3 million.

He also owns a boat, which he doesn’t see as a good investment either. He believes that, like a car or a boat, a home will depreciate over time…and he says that he hates watching as it slowly falls apart. His massive Connecticut property requires constant upkeep and repair.

Regardless of his opinion, it doesn’t stop him from booking speaking engagements at real estate investment conferences to talk about the fiscal cliff, the dollar’s collapse, and government debt.

Schiff says that if you do own a house, you have to take advantage of the money. He doesn’t advise owning a home free and clear. On the ‘Real Estate Radio & Podcast’ in 2013, Schiff explains his opinion that “The only way that you make money as a homeowner is by being a debtor.

You are not really making money on the value of your house going up, but rather on the value of the debt being wiped clean. If you can buy a property with a 3.5% down payment, which you can with an FHA loan, you get a lot of leverage and take advantage of the chief financing.

When inflation wipes out all the savers and debtors, they also wipe out your mortgage debt.”


We can break down Schiff’s income into 4 main categories: salary and profit from Euro Pacific Capital and SchiffGold, his investments, his radio shows, and current podcast & other appearances, and lastly, his book sales.

The mutual funds charge fees on the capital invested, usually around 1.5% annually. Schiff’s income comes from the profit and the salary he earns from his firm. For example, between 2008 and 2010, he earned $17 million as his salary from the firm and reported dividends, interest, and capital gains between $1.4 million and $6.34 million.

Further, the profits from the sale of his books on economics and other media products. Given that his book ‘Crash Proof 2.0: How to Profit from the Economic Collapse’ was on the New York Times best-sellers list, it is likely he could have sold around 20,000 books in a week. According to standard contract royalties, at about $15 per book, that would earn him around 40k in one week. You can see how this can add up.

Schiff keeps himself in the zeitgeist and maintains his celebrity through social media, his podcast, “The Peter Schiff Show,” and other media appearances. He’s a true master at his own marketing.

Schiff’s sometimes controversial and inflammatory statements, such as “All bitcoin is the latest iteration of fool’s gold and anybody buying it is ultimately a fool,” make headlines and draw in readers, viewers, and clicks.


This article originally appeared on Your Money Geek and has been republished with permission.