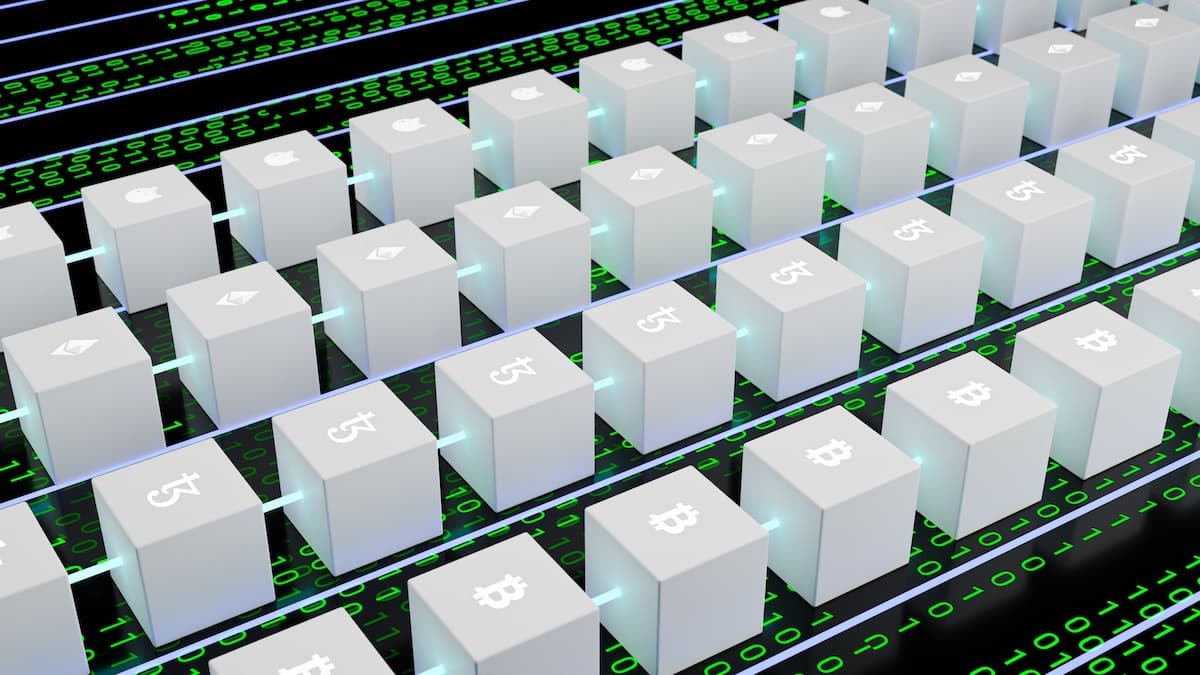 There has been a huge amount of growth seen in the NFT sector, and I believe they should be regarded as an investable asset class in their own right, alongside cryptocurrencies and stocks. I’ve written elsewhere on how you can get started and invest in NFTs and this post by Gerelyn at Wealth of Geeks goes very well with it. Tim

NFTs have come into their own over the past year, with demand rising to levels that blockchain pioneers could never have predicted. Even Vitalik Buterin, the author of the Ethereum whitepaper, recently noted how Ethereum’s use case for non-fungible tokens (NFTs) surprised him. This growth has brought the sector to the attention to everyday investors who may want to invest in NFTs.

Major companies including Nike, Under Armour, and AMC Entertainment along with celebrities such as Jimmy Fallon and famous athletes like Stephen Curry, have jumped into the NFT fray. It’s no wonder that the size of the NFT market has ballooned to over $7 billion, with an average monthly volume of approximately $2 billion, as of November 2021, according to JPMorgan data.

Popular NFT projects including the Bored Ape Yacht Club and CryptoPunks have been out front, with these digital avatars commanding anywhere from hundreds of thousands to multiple millions of dollars, payable in crypto like Ethereum.

Investors might find themselves intrigued but not quite willing to fork over $600,000 for a piece of digital art quite yet. Fortunately, they have other options, one of which is a recently introduced NFT index that gives investors exposure to a basket of non-fungible tokens.

The index, which was recently launched by Bitwise, is called the Bitwise Blue-Chip NFT Index Fund, and at last check, its constituents include 10 of the most valuable projects that have helped to shape this cultural revolution in the blockchain space. Investors can gain access to this index with a minimum investment of $25,000.

The NFT sets in the index are subject to change, not to mention risk, given the nascent nature of this market, but we’ve rounded up the collections that are represented now. They are listed from the smallest to the biggest weightings in the index.

Chromie Squiggle is a generative art project by artist Erick Calderon, who goes by Snowfro. It is an NFT collection with 9,200 out of 10,000 items minted, each one quite basic and animated with various color hues that can be calculated.

The Squiggles were the first NFTs to be listed on Art Blocks, which is a decentralized generative art NFT marketplace also created by Snowfro. The total volume traded in Chromie Squiggles is 5.6K ETH with a floor price of 7.5 ETH ($30,825) on secondary NFT marketplace OpenSea. “Chromie Squiggles exist entirely on the blockchain” and are described as “an actual script built into the smart contract that executes the moment the mint transaction goes through.” Public minting of the Chromie Squiggle NFTs has been paused but the available items can be traded on OpenSea. A couple of these algorithm-generated Squiggles recently went for a combined $4 million.

Meebits is a collection of “20,000 unique 3D characters” created by Larva Labs, the same team behind CryptoPunks, which we’ll get to later on the list. Similar to Chromie Squiggles, Meebits are algorithm-generated and are registered on the Ethereum blockchain. In the last seven days, the Meebits collection has seen sales volume of $2.27 million across 155 NFTs at an average price of $14,600. The highest 10% of Meebits went for at least $19,100, according to NFT Stats. Meebits avatars can also be used as characters in games thanks to an asset pack that Larva Labs makes available to owners of these NFTs, as depicted below.

Cool Cats are a set of randomly generated NFTs on the Ethereum blockchain. There are 10,000 of these NFTs in the first generation set based on hundreds of thousands of possible combinations across “a variety of outfits, faces, and colors.”

The floor price for Cool Cats NFTs on the OpenSea marketplace is currently about 9 ETH, or approximately $36,756. Each cat has a different level of coolness, based on a scale of three to 10 points across cool, wild, classy, and exotic categories. They are frequently used as profile pictures on Twitter, and the Cool Cats team plans to introduce more use cases for these digital avatars in 2022.

CyberKongz are randomly generated 2D and 3D NFTs that are designed for the metaverse and to be used as profile pics, etc. In fact, the ease in which they can double for a profile picture on social media platforms helped to fuel their popularity. There are three types of NFTs in this collection:

The project envisions CyberKongz having a role in the metaverse and being used in games. It appears that Panda Paradise, which is behind a panda NFT collection, is developing a game that has incorporated CyberKongz. Users must own a panda NFT to access the game in pre-alpha format.

Fidenza is yet another generative algorithm NFT collection, this one  by Tyler Hobbs. The floor price for a Fidenza NFT on OpenSea is currently about 80 ETH, or $320,000. Hobbs describes the program as being “focused on structured curves and blocks” with “varieties of scale, organization, texture, and color usage” that pave the way for a number of generative creations, like the one below.

Autoglyphs is an NFT art collection by Larva Labs, the same project behind CryptoPunks and Meebits. According to Larva Labs, these are “the first on-chain generative art on the Ethereum blockchain” and “are a completely self-contained mechanism for the creation and ownership of an artwork.” They are created by code on Ethereum. The Autoglyphs set was ahead of its time and launched in 2019, before NFTs caught on like wildfire in 2021. Back then, you could get one for 0.2 ETH, or around $35, as a donation to charity. These days, an Autoglyphs NFT will set you back at least 195 ETH, or $780,000. Of course, you could always invest in the NFT index instead.

VeeFriends is an NFT project focused on “meaningful intellectual property” and the community. Created by Gary Vaynerchuk, the VeeFriends collection is built on Ethereum and includes 268 characters with names like “Woke Walrus” and “Sincere Skunk.” There are over 10,000 NFTs in the set. Owning one of the VeeFriends gives owners access to VeeCon, a conference in which participants gain skills for business, marketing, entrepreneurship, etc. The utility of the NFT is defined by the metadata within the smart contract. The floor price for a VeeFriends on the OpenSea marketplace is currently about 9 Ethereum, or $36,000. One of the project’s claims to fame is that it partnered with Mattel for a VeeFriends UNO Card Game featuring physical cards.

Mutant Ape NFTs are a product of the Board Ape Yacht Club. Half of the Mutant Apes were created by combining a Bored Ape to a special mutant serum, and voilà. As a result, you had to be a Bored Ape holder to create a Mutant Ape. The other half  of the supply was minted by the public and sold out in less than an hour. These days, Mutant Apes are available on the OpenSea marketplace where the lowest asking price is nearly 10 ETH, or about $40,000.

The Bored Ape Yacht Club is one of the most popular NFT collections out there. Bored ape owners Stephen Curry and Jimmy Fallon have joined the NFT fans who have replaced their profile pics on Twitter with a Bored Ape digital avatar. The BAYC set contains 10,000 NFTs with a minimum price of nearly 60 ETH, or about $240,000.

The Bored Ape Yacht Club jockeys for position with CryptoPunks (below) as the priciest NFT project. Recently, the Bored Apes flipped CryptoPunks in terms of the floor price. This meant that for a brief moment, the lowest price you could pay for a Bored Ape surpassed that of the CryptoPunks, at about 53.9 ETH to just below 53 ETH, respectively. The flippening, as it’s know, didn’t last, but it goes to show the popularity of the Bored Apes, which are less than a year old.

Larva Labs is behind the CryptoPunks NFT collection, the same team that’s behind the Autoglyphs and Meebits sets. Having launched in 2017, CryptoPunks are Ethereum-based digital avatars that are credited with having started the “crypto-art movement.” There are 10,000 of these digital collectibles, owners of which include card giant Visa, which plunked down $150,000 for its own pixelated punk. The priciest CryptoPunk NFT, dubbed Covid Alien, was sold for nearly $12 million at a Sotheby’s auction, the buyer for which was DraftKings shareholder Shalom Meckenzie.