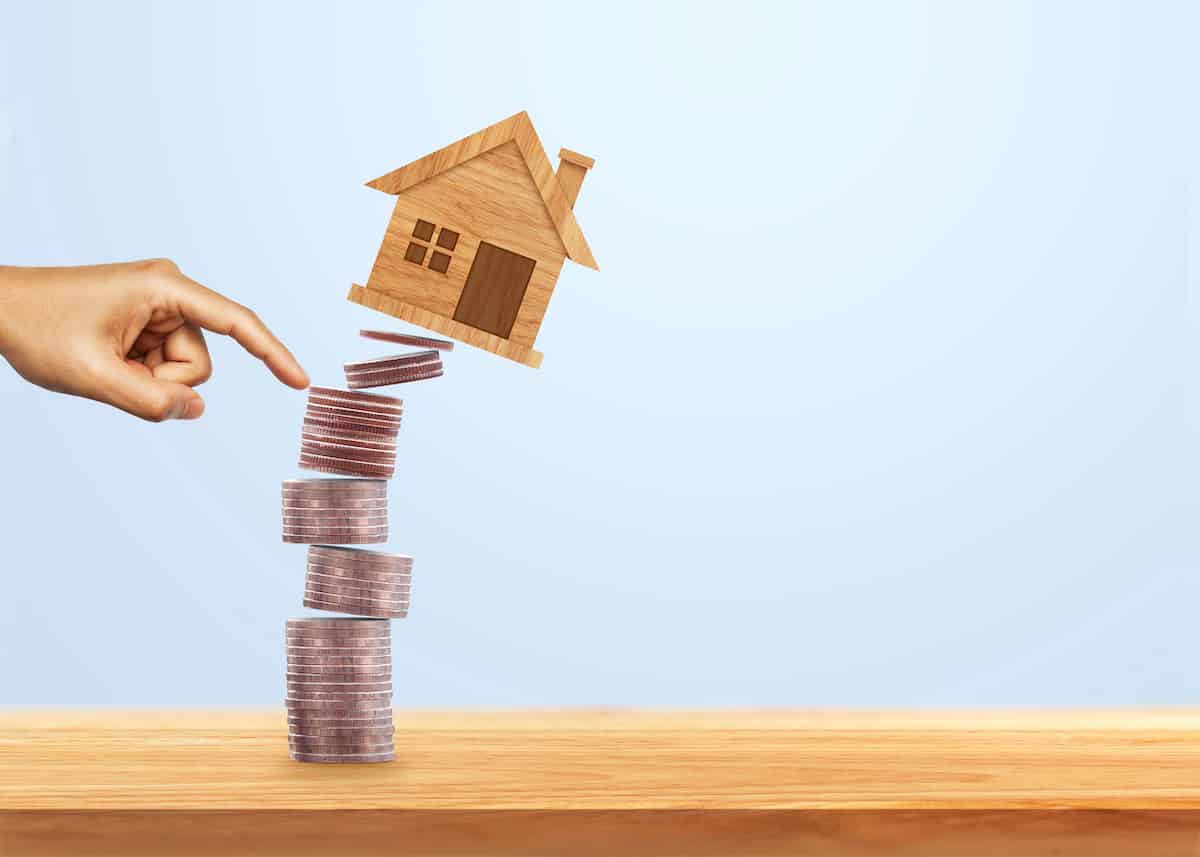 Home prices in the United States have reached new highs and are rising, prompting some researchers and economists to warn that a bubble is forming and a housing market crash will soon follow.

According to some academics and economists at the Federal Reserve Bank of Dallas, home prices are rising faster than market forces suggest and are becoming unhinged from fundamentals.

Until recently, many did not accept there would be a housing bubble. However, after studying housing markets across the United States, the Fed experts concluded that fresh trends are developing.

Shifts in disposable income, the cost of credit and access to it, supply disruptions, and rising labor and raw construction materials costs are some of the economic reasons for sustained real house price gains.

However, while a sharp increase in home prices does not indicate a bubble, we must consider other factors.

Will There be a Housing Market Crash?

Although the present housing market is “abnormal, “there is no expectation that the repercussions from a housing correction will be equivalent to the severity of the 2007–09 crisis.

Household balance sheets appear to be in better health, and excessive borrowing does not support the housing market boom. Also, market participants and regulators have better tools and early warning detectors to avoid a housing market crash.

It’s worth mentioning that unlike stock market investors who hedge themselves against price falls through swing trading, there’s no easy insurance against housing market crashes.

With this in mind, my swing trading course might be of interest to stock investors, but for housing market investors, this post highlights the the elements causing the concern.

The number of prospective homebuyers is abundant, with Millennials and younger Americans accounting for half of the population, or 166 million people.

According to data from the National Association of Realtors, first-time homebuyers account for the highest number of individuals buying homes (31%).

Furthermore, most first-time buyers are under the age of 40, indicating a large buyer pool–a promising sign that demand will continue to be robust, especially when housing inventory is at historic lows.

We are unlikely to see a decline because the housing market has seen little inventory growth in the last ten years. In a few years, Gen Z will hit 30 and will be more financially prepared to buy a home than Millenials.

It suggests that demand for homes will be as high, if not higher, than supply, with supply still falling behind demand.

2) Supply Cannot Keep up With Demand

The low supply is also driving demand, and higher property prices are why the market will continue to be robust for many years.

The fundamental reason home prices have risen so quickly is the supply-demand imbalance.

And after not constructing enough houses for the past decade, it will take at least several years for homebuilders to add enough new supply to bring the market back into equilibrium.

In a balanced market, the months of supply will be roughly six months–the amount of time it would take to sell all the homes on the market at the current rate.

Today’s market has only 1.7 months of supply, indicating a significant imbalance in favor of sellers.

It will take time to pay down the debt we have accrued on our housing portfolio. Even if housing prices moderate from their peak in 2021, the imbalance will put increasing pressure on them.

3) Borrowers are More Likely to Default

One of the key differences between today’s housing market and the one that prevailed before the housing disaster is that lending standards have tightened because of lessons gained and new rules established in the aftermath of the previous crisis.

It’s not easy to find a lender today that offers so-called “no-doc loans” and where a borrower is not required to produce proof of income – a practice before the housing meltdown.

Furthermore, many government-backed loans include a set of criteria, such as a minimum credit score and a down payment.

Among other things, regulators now want lenders to check a borrower’s ability to repay the loan.

In the fourth quarter of 2021, more than $1 trillion in new mortgages originated, with 67% of mortgages going to borrowers with credit scores above 760.

In January, job growth in the United States surpassed forecasts, despite a statewide COVID-19 outbreak that set a new record.

Economic growth shows an upward trend. However, inflation remains an issue. As of February 2022, the economy is growing strongly, with high gains in employment and consumer expenditure.

It implies that if inflation continues to rise, it will stifle economic growth by restricting consumer cash flows and budgets.

While this will reduce inflationary pressures, in the long run, rising inflation and interest rates will continue to dampen consumer sentiment, which impacts their economic decisions in the short term.

5) Signs That the Housing Market is About to Collapse

Many analysts see the economy as “strengthening,” yet there are rumblings of a recession beneath the surface. Last year, when consumer prices began to rise, inflation began to rise, raising alarm bells.

In March, the Federal Reserve hiked its federal fund rate in response to rising inflation—the first boost in three years—suggesting a slowdown.

While the federal funds rate has no direct effect on long-term mortgage rates, it influences short-term rates such as credit cards and adjustable-rate mortgages (ARMs). Higher interest rates will reduce Consumer spending.

According to Goldman Sachs, the US economy would only grow by 1.75% by 2022. Furthermore, Goldman Sachs Group researchers predict that the economy will enter a recession with a 35% possibility of affecting the property market.

Energy prices are expected to rise since Russia’s oil has been prohibited by the US and the Eurozone. Increased energy prices will increase inflation.

Rising interest rates and inflation will drive individuals to cut back on their spending. Hence, people may lose interest in purchasing a property.

According to the latest Consumer Sentiment Index from the University of Michigan, consumer confidence fell to a 10-year low (March 2022).

The index dropped 30% from the previous year to 59.4. Respondents were concerned about the impact of the Russia-Ukraine war on the US economy and high inflation and oil price increases.

The rippling effect of the United States’ oil embargo on Russia might exacerbate supply-chain challenges, contributing to already high inflation. Consumers are less comfortable making large purchases, such as buying a home, as the cost of items rises.

Final Word: Will There be a Painful Housing Market Crash?

Home prices will continue to rise while new home construction will lag, putting purchasers in a tight housing situation for the foreseeable future. For some, this implies relocating from large cities to smaller urban areas.

Others will have to stretch their budget or make sacrifices concerning space or other luxuries.

There is a possibility that a combination of low supply and rising inflation could weaken the housing market and cause prices to decrease, especially if the economy enters a recession.

If we do not address housing supply shortfalls, we risk fuelling rather than putting out inflation fires. It can lead to stagflation.

It would wreak havoc on the housing market, exacerbating our current housing supply shortages.