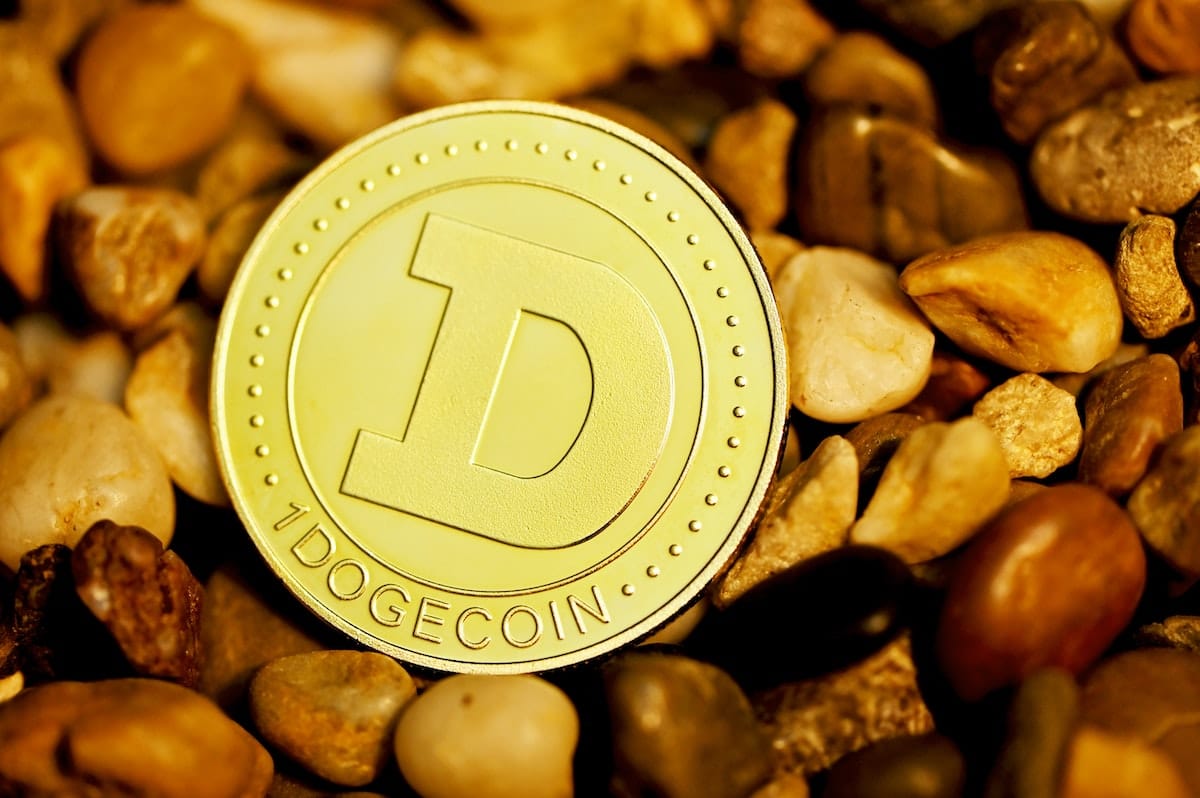 This post, originally published on Smart Bitcoin Buyer looks at some of the reasons why the Dogecoin price might rise this year. Check out this other post if you’re interested in investing in Dogecoin.

The idea that a cryptocurrency may have enduring value is not outlandish. In the past few months, the Dogecoin price has gone through a roller-coaster pattern of dizzying price surges and massive plunges, despite people dismissing it as a joke coin with no real potential for growth.

Historically, coin performance has been insignificant. Starting in 2020, it began showing massive potential. The giant meme coin is now one of the top ten cryptocurrencies by market capitalization in less than a year.

Cryptocurrency investors had a standout performance during 2021, peaking in May before gradually declining. Dogecoin still has plenty of prospects, and its developers are eager to implement more use-cases to boost the coin’s value proposition.

If you’re asking yourself the question of should I invest in Dogecoin, here are six reasons why this canine-inspired meme coin might see a price increase this year.

1. Increasingly, It Is Gaining Acceptance

Dogecoin, like all currencies, increases in value as it becomes more widely regarded as a means of exchange. Even though dozens of small businesses now use Dogecoin, the impact on the economy is negligible that said, the Dallas Mavericks of the NBA will accept Doge to allow customers to purchase tickets and merchandise through BitPay.

Other larger entities accept Doge as well, including the NBA. During his latest press conference, team owner Mark Cuban explained that the “Mavericks have decided to accept Dogecoin to purchase Mavs tickets and merchandise for one undeniable reason: We can!”

Dogecoin is now also capable of purchasing the hardiest of assets, precious metals. In the United States, the largest silver and gold e-commerce site, JM Bullion, currently accepts bitcoin as payment and seven other cryptocurrencies.

JM Bullion’s cryptocurrency policy provides buyers with a 3% discount on credit card purchases compared to payments made with a personal check; close to the 4% discount it offers to buyers making their payments with cryptocurrencies.

However, following Musk’s announcement that he will reconsider his rejection of Bitcoin if miners commit to going green, Tesla’s future position on Dogecoin remains unclear.

2. Over Bitcoin, It Offers Some Advantages On A Daily Basis

Preserving the environment is frequently regarded as a high priority among the younger demographic of cryptocurrency enthusiasts.

As a crypto alternative, Dogecoin may be more attractive given the significantly reduced amount of electricity required to mine and use it. In contrast, the transaction cost of Bitcoin is 707 kilowatt-hours. Dogecoin uses just 0.12 kilowatt-hours.

The non-profit VeriBlock Foundation states that it is developing a secure blockchain technology that uses Bitcoin’s proof-of-work security for other digital currencies, including Dogecoin. In addition to lowering Bitcoin’s relative environmental costs, the technology could provide superior protection for other digital currencies. This step could lead to a symbiotic relationship between Bitcoin and Dogecoin, benefiting its holders.

Although Dogecoin does not have an exact cap as Bitcoin does, there is a maximum limit of 5.26 billion Dogecoins you may mine each year. This capped mining rate ensures Dogecoin’s inflation rate will steadily decline over time, even with 129 billion coins already in circulation. Miners will have an incentive to continue mining it.

Despite Dogecoin being “infinitely inflationary,” its predictable and mathematically inevitable decline may give it more stability than national currencies.

Like all cryptocurrencies, Dogecoin has taken a beating over the past few weeks. Its value fluctuated independently of Bitcoin or even the crypto market during its rise. Its price has been hovering in the $0.30 to $0.40 range for nearly a week.

Stability has come into being despite a significant decline in the average size of trades and overall trading volume. Starting in mid-April, Bitcoin transaction values rose quickly, reaching a peak on May 23 of $1.16 million, then falling to less than $240,000 by May 26.

Dogecoin’s price continues to trade above its early 2021 range of $0.02 or less, suggesting that market forces have established a base at current levels. Despite China’s ban on mining, Dogecoin’s price barely dipped below $0.30 in the past month. This decision hit bitcoin miners especially hard since 65% of them operate in China, but it pushed the whole crypto market down.

4. More Demand For DOGE From Internet Users And Retail Investors

Dogecoin price predictions for the longer term require a clear understanding that it follows blockchain technology, though it differs from other major cryptocurrencies slightly. Dogecoin uses the same Scrypt technology as Litecoin. Thus, Dogecoin mining is more complex than traditional Proof-of-Work chains, but it still processes up to 40 transactions per second.

Dogecoin has become a more popular tipping tool as a result of this. Last year, Dogecoin’s official subreddit posted about tipping and not allowing users to tip each other. Especially since it is relatively cheap to transfer DOGE to someone else, this gained traction.

Dogecoin should follow this route in the years ahead since major corporations are unlikely to begin using DOGE because it is a meme coin. Due to its ‘approachable’ aesthetic, Dogecoin may become more popular as younger generations discover the cryptocurrency market, paving the way to advance tipping services.

Overall, retail investors and internet users will be more likely to demand DOGE if this occurs. We predict Dogecoin will reach $0.6000 in 2023 – a 393% increase over today’s price.

5. A Greater Number Of Merchants Will Accept DOGE

Cryptwerk reports that around 2,000 merchants currently accept Dogecoin, while over 7,700 take Bitcoin. Numbers are on the rise. Musk’s Tesla announced in December that it would buy DOGE for merchant. In March 2022, AMC Theatres, which already accepts a few cryptos, will add Dogecoin (DOGE) and Shiba Inu (SHIB) payments.

One of the world’s wealthiest crypto enthusiasts, Mark Cuban, once tweeted that Dogecoin was the people’s currency. In the Dallas Mavericks store, people spend thousands on DOGE. Bitcoin holders often hope that it will appreciate, but Cuban says DOGE holders feel more comfortable spending it. You can get DOGE on most top exchanges.

Self-proclaimed Dogefather consistently pumps Dogecoin on social media. The billionaire is likely to tweet about his favorite coin in the year to come. His opinion is that Dogecoin is the people’s crypto and that spending it is easier than Bitcoin.

Musk has been a significant influence on Dogecoin’s success. A Musk mention of Dogecoin on Saturday Night Live gave it a lot of traction in May.

Your personal circumstances will determine whether DOGE is a wise investment for you. Digital currencies are highly volatile and high-risk investments. Before investing, consider the level of risk you are willing to accept and don’t invest money you can’t afford to lose.

This post was produced by Smart Bitcoin Buyer/ Timothy Thomas Limited and syndicated by Tim Thomas.