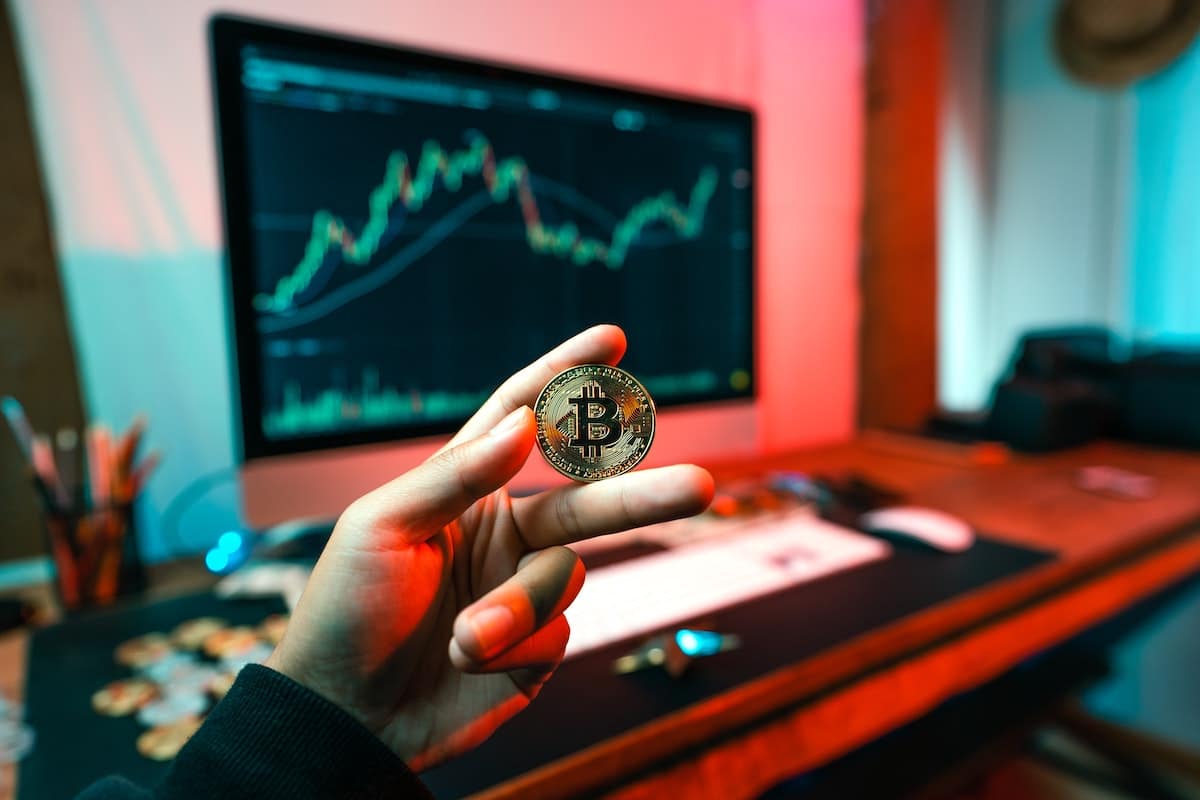 Like any new investment, there will be survivors and ones that fail. Dot-com era investors probably remember all the search engine startups and many that no longer exist. So, you’re probably asking yourself which cryptocurrencies to invest in, and which should you avoid? First, we will discuss what a cryptocurrency is and its risks.

Cryptocurrencies are digital money or virtual currency. It is a digital asset stored on a network of distributed computers. The computers use cryptography and encryption to make and verify transactions between people and institutions.

The critical point is that cryptocurrencies are not controlled by any single entity like a government or a reserve bank. For example, the US Federal Reserve oversees the ability to print more US dollars.

Cryptocurrencies can be mined using a network of computers to solve complex math problems to create digital money. They can also be bought on an exchange from a broker or another investor.

Risk of Investing in Cryptocurrencies

Like any investable asset, there exist risks to an investor. Early on, cryptocurrencies had a reputation for being used in criminal activities. However, they are now increasingly mainstream, with banks, large companies, governments, and the wealthy investing in or backing cryptocurrencies. This fact has added credibility to the asset class. There is, however, still high volatility and risk of hacking.

Volatility is the price fluctuation of a tradeable asset. Cryptocurrencies, like Bitcoin, are volatile. For instance, Bitcoin’s price has fluctuated between a low of ~$29,800 to a high of about ~$67,600. In addition, the price has been impacted by rising interest rates, restrictions from some governments, and positive or negative statements from some prominent investors.

Another risk is hacking. Blockchain is reportedly difficult to hack since it is decentralized. However, hackers have successfully stolen cryptocurrencies from wallets and exchanges. For example, $614 million was stolen from the Ronin network on March 30, 2022. Reportedly, the private keys were stolen and used to take Ethereum and USDC. There have been eight other publicized hacks in the tens to hundreds of millions of dollars.

3 Cryptocurrencies to Invest In

Bitcoin is the preeminent cryptocurrency and the oldest one. Reportedly, the cryptocurrency was created by Satoshi Nakamoto in 2009. However, no one has stepped forward and claimed to be this person. He mined the first Bitcoin and published the first journal article on it. Some people think Satoshi Nakamoto is a pseudonym for a group of programmers. Elon Musk believes it is the pseudonym for Nick Szabo.

In any case, Bitcoin has the longest track record and has the largest market share of digital currencies. However, Bitcoin’s dominance has declined, and it now has about 40% of the total market share due to the proliferation of other cryptocurrencies. According to CoinDesk, one bitcoin is worth $41,284.90 as of this writing. There are 19.1 million Bitcoins in circulation, and thus the total market capitalization is more than $780 billion. The limit on the number of Bitcoins is 21 million.

Besides its popularity with retail investors, Bitcoin is widely accepted by financial institutions and tech companies. As a result, some large tech companies hold Bitcoin on their balance sheet. For instance, Tesla (TSLA) owns 43,000 Bitcoins worth about $2 billion. Other companies owning Bitcoin include Square (SQ), Mercade Libra (MELI), Coinbase (COIN), and Microstrategy (MSTR).

The value of Bitcoin is perceived like gold. It is viewed as a store of value because investors think it has value, much like a fiat currency. The reasons are that Bitcoin is limited in number, cannot be copied, can be traded, and can be stored and moved in a digital wallet. Furthermore, retail transactions do not occur in Bitcoin, much like gold.

In addition, Bitcoin is seemingly uncorrelated to cash and bonds and is viewed as a hedge for inflation. However, it is correlated to growth stocks. Bitcoin does not have an underlying asset backing it and does not pay dividends or interest, so it has no inherent value. This fact causes higher volatility.

The second crypto on this list is Ethereum, not really a cryptocurrency. Ether (ETH) is the actual cryptocurrency underlying Ethereum. The blockchain technology platform that drives ether is Ethereum. In any case, Ethereum is now often referred to as a cryptocurrency, but there is a distinction between it and ether. Vitalik Buterin invented the concept of Ethereum in 2013, and the platform was launched in 2015.

Ethereum is the second most common cryptocurrency to invest in, with about 19.5% market share. Although Ethereum is a cryptocurrency, it is not the same as Bitcoin and targets a different market niche. The Ethereum platform works by decentralized apps called dApps. Developers make apps for buying, selling, and using ether or other cryptocurrencies easier. The apps are powered by Smart Contracts, which are programs. Apps can send money, loan money, conduct peer-to-peer lending, etc.

An important distinction between Bitcoin and Ethereum is the latter allows entirely new cryptocurrencies to be created within the platform, known as tokens. Examples include Chainlink and XRP. Additionally, Ethereum allows digital art sales using non-fungible tokens (NFTs).

Since Ethereum is an open-source blockchain platform, it has attracted companies like Microsoft (MSFT) and Advanced Micro Devices (AMD) to expand and build the platform. According to CoinDesk, one Ethereum is worth $3,123.46 as of this writing.

There are roughly 119 million Ethereum in circulation, and thus the total market capitalization is more than $370 billion. Unlike Bitcoin, the number of Ethereum is potentially unlimited.

The all-time high price for Ethereum was $4,865.57, and the 52-week low was $1,701.10. The value of Ethereum is derived from its use as the default cryptocurrency or token of the Ethereum platform. Developers and users need ether to pay the transaction processing fees. Despite having intrinsic value, Ethereum is volatile.

USD Coin maintains the 1-to-1 peg to the US dollar by holding reserves of US Treasuries in US financial institutions. The quantity of funds is attested but not audited monthly by the accounting firm Grant Thornton LLP.

USD Coin is the fifth-largest cryptocurrency to invest in, with about 2.64% market share. USD Coin targets a separate market niche than Bitcoin or Ethereum. For instance, USD Coin is being used for trading or conducting transactions in other cryptocurrencies and allows the tokens to be exchanged for USD.

The USDC token is compatible with many blockchain technologies and is thus used on Ethereum, Algorand, Solana, Stella, TRON, and Hedera. Hence, an investor can exchange US dollars for USDC tokens and use them on an exchange, app, or service. Furthermore, the process is reversible so that an investor can go back to USD.

According to CoinDesk, one USDC is worth $1.00 as of this writing. The total market capitalization is more than $50 billion. The number of USDC is potentially unlimited but must be backed by USD reserves. Despite the 1-to-1 peg, the price does fluctuate for short periods. For example, the all-time high price for USDC was $1.19, and the 52-week low was $0.984947.

The value of the USDC tokens is the ability to exchange to and from US dollars and other cryptocurrencies. It is backed by US reserves with the peg and thus has low-price volatility and can act as a hedge against inflation. Additionally, USDC tokens can transmit money or gain USD exposure.

USDC has attracted investment from BlackRock (BLK), Fidelity Investments, and other investment firms adding credibility to the token.

Final Thoughts on Cryptocurrencies to Invest In

Cryptocurrencies are an alternative investment asset class. Investors seeking diversification may consider crypto. However, they are often risky and volatile in many cases. In addition, not all cryptocurrencies are the same, and today, there are thousands making selection more difficult.

We have listed three of the common ones in different market niches. Just remember, cryptocurrencies are not regulated, and you can lose money.

Learn how to diversify and hedge your long-only stock portfolio. Sign up for a free insight into the Swing Trading 101 program developed over thousands of hours of trading over hundreds of thousands of dollars across stock, commodities, options, and cryptocurrencies. It’s designed to empower you to take a unique but strategic approach to the markets. SIGN UP NOW FOR FREE.

This article originally appeared on Wealth of Geeks and was syndicated by Tim Thomas / Timothy Thomas Limited.