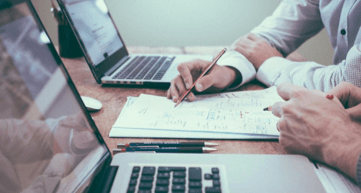 Best Ways to Invest 100k in a Recession

Sure, you’re grateful to have some wealth behind you as the world goes to pot — but what if your investments don’t make it through the recession and you lose everything?

You have the global pandemic, US elections, and who-knows-what-else to contend with.

It’s tempting to hold off on investing until all this blows over. Is that the right approach?

The answer, plain and simple, is no. Recessions provide a unique opportunity to make big money and grow your wealth — if you know what you’re doing.

I wrote another post on how to invest 100k and assumed the economy was doing well so now I want to talk about the downturn in the economy and how to best position yourself to profit.

Here are my top suggestions for investing 100k over the next one to three years.

What lower rates during a recession mean for investors

The days of high bank rates are long gone. Ever since the 2007/8 financial crisis, the Fed funds rate has scarcely risen above 3%, and other developed countries have followed a similar trend.

After COVID-19 brought fears of a recession, central banks cut rates even further. The Fed reduced its fund rate down to 0.25% in March 2020, while the Bank of England went as low as 0.1%.

When a recession looms, central banks often reduce their rates to stimulate the economy.

Lower central bank rates lead to lower interest rates on savings accounts, mortgages, and other loans — in theory, people will use their money rather than save it.

We can already see the effects. For instance, in the US, the average money market interest rate is just 0.09% APY.

You’re not going to beat inflation with that. During a recession, it’s more important than ever to put your money to good use and invest it instead of keeping it sitting in a bank account.

Both are normal stages of the economic cycle. After the longest bull market in history from 2009 to 2020, experts have long braced themselves for a severe bear market. Now, it’s arrived.

If only you could get the returns of a bull market during a bear market, right? Well, you can. By using an inverse ETF.

I recommend ETFs as one of the best ways to invest 100k under normal circumstances. If you don’t fancy analyzing which individual stocks or assets will perform best, it makes sense to pour your money into a market that has historically performed well — like the NASDAQ based ETFs — and hope to achieve similar returns.

In the short term, recessions ruin that plan — unless you use an inverse ETF instead.

Conversely, when the NASDAQ declines, your investments will too.

Invest in an inverse ETF of the NASDAQ and you’ll get the opposite result — effectively, you’re betting against the NASDAQ.

This seems like a very logical move during a recession, but there’s one catch. The stock market has always increased — not decreased — over time.

It’s only wise to bet against its success in the short run; predicting a rebound is pure guesswork.

That recovery continued, and by 9 April it was at 2789.82. Granted, this was a particularly volatile period, but it goes to show that timing the market is tough.

Inverse ETFs aren’t for the faint of heart, but they can be one of the best ways to make returns during a recession. If you’re interested, here are some recommendations.

The stock market offers discounts during a recession

It’s easy to look at the stock market performance over the last few months and think a recession is the worst time imaginable to invest. After all, you don’t want to lose your hard-earned savings.

In reality, people make an awful lot of money by buying into the market at its lowest point.

If Apple announced tomorrow they were having a sale and selling off brand new iPhone 11s for $100, would you consider buying one? Probably. The same idea applies to the stock market.

However, unlike reverse ETFs, it will take a while for you to see the benefit of your investment. It could take years for the market to recover fully, and longer for you to make the most significant returns. Besides, there may be better options.

The best stocks to invest in during a recession

Every recession has winners and losers. From American Airlines to J. Crew, various companies are going under as a result of the pandemic.

Meanwhile, firms like Netflix, Slack, and Zoom have benefitted from the lockdown.

If you can predict the next winners before everyone else, large profits could be yours. Or, if you can predict which currently struggling companies will bounce back, you could make a killing.

Naturally, it’s easier said than done. I wish I could give you a failsafe analysis of which stocks will perform well in the future, but I don’t have a crystal ball. Instead, here are some general considerations.

Stocks that remain stable during recessions

There’s more to investment than the stock market, and many people prefer to turn elsewhere during a recession. What other options are available to you?

Gold is a safe haven investment, meaning it performs well during periods of uncertainty. This has held true so far, with the demand for gold going through the roof over recent months.

What about fixed income? Recessions are one of the few points in times when fixed income investment could actually make sense.

Still, US treasury bonds only offer annual returns 0.6% over 10 years right now. Significantly less than what you can expect from a “discounted” stock, but it beats sub 0.1% interest rates or negative returns.

If you’re considering delving into oil investment, you probably haven’t been keeping up with the news recently.

With travel and general consumption down, we’ve witnessed some huge lows in oil prices. Although there are signs of recovery, demand is likely to remain low.

Another investment to weigh up carefully is real estate. If the world shifts to remote working, fancy commercial leases are unlikely to be profitable, as it makes more sense for companies to shift to cheaper bases — or no physical base at all.

However, if house prices fall, there’s certainly a case for investing in residential properties. Especially if governments provide further incentives, like the UK scrapping stamp duty.

There’s no magic answer for safely investing 100k during a recession. But if you’ve been sitting on the fence about investing a lump sum for a while, now’s the time to buckle up and start paying attention. Investing when prices are low is too good an opportunity to miss.

The information contained on this website is solely for educational purposes, and does not constitute investment advice. The risk of trading in securities markets can be substantial. You must review and agree to our Disclaimers and Terms and Conditions before using this site. Any information or advice included on this page is general in nature and does not constitute personal investment advice. Tim Thomas will not accept liability for any loss or damage including without limitation to any loss of profit which may arise directly or indirectly from the use of or reliance on such information. You should seek independent financial advice before acquiring the financial product or securities and financial products or instruments. Trading involves large financial risks and please remember that past performance results are not necessarily indicative of future results! U.S. Government Required Disclaimer – Commodity Futures Trading Commission. Futures and options trading has large potential rewards, but also large potential risk. You must be aware of the risks and be willing to accept them in order to invest in the futures and options markets. Don’t trade with money you can’t afford to lose. This website is neither a solicitation nor an offer to Buy/Sell futures or options. No representation is being made that any account will or is likely to achieve profits or losses similar to those discussed on this website. The past performance of any trading system or methodology is not necessarily indicative of future results. CFTC RULE 4.41 – HYPOTHETICAL OR SIMULATED PERFORMANCE RESULTS HAVE CERTAIN LIMITATIONS. UNLIKE AN ACTUAL PERFORMANCE RECORD, SIMULATED RESULTS DO NOT REPRESENT ACTUAL TRADING. ALSO, SINCE THE TRADES HAVE NOT BEEN EXECUTED, THE RESULTS MAY HAVE UNDER-OR-OVER COMPENSATED FOR THE IMPACT, IF ANY, OF CERTAIN MARKET FACTORS, SUCH AS LACK OF LIQUIDITY, SIMULATED TRADING PROGRAMS, IN GENERAL, ARE ALSO SUBJECT TO THE FACT THAT THEY ARE DESIGNED WITH THE BENEFIT OF HINDSIGHT. NO REPRESENTATION IS BEING MADE THAT ANY ACCOUNT WILL OR IS LIKELY TO ACHIEVE PROFIT OR LOSSES SIMILAR TO THOSE SHOWN.