Best Suburbs to Live in America

Suburbia is deeply ingrained in American culture, growing in popularity alongside the country’s love affair with cars and its network of highways. As early as the 1830s, Brooklyn Heights laid claim to the title of the first suburb when it connected to Manhattan by steam ferries. A little over 100 years later, Levittown became the new model of suburban development, offering affordable, mass-produced houses on Long Island for veterans returning home after World War II.

Stacker compiled a list of top ranked suburbs in the U.S. using Niche’s annual rankings, which look at such factors as the cost of living, the educational level of residents, housing, and public schools. The data is the most current available. Some housing statistics, including median home values, might not reflect the current market. A deeper look at Niche’s methodology can be found here.

Suburbs get their share of criticism, from encouraging isolation to promoting urban sprawl, but their appeal endures. Just over half of Americans describe their neighborhood as suburban. The best of them offer safe streets, a strong community, parks and other recreational and cultural opportunities, and a respite for crowds—while remaining within reach of urban amenities.

Keep reading to see which of the country’s suburbs made the cut—and whether any of them are a community near you.

You may also like: Best small towns for retirees in every state

“The City of Warmth,” as Brentwood is known, holds an annual festival each September called Brentwood Days. The community comes together for live music and entertainment, food, free carnival rides and games, a parade, and fireworks, though COVID-19 forced some changes to the event. The city celebrated its centennial in 2019. Niche calls it the St. Louis area’s “best kept secret.” 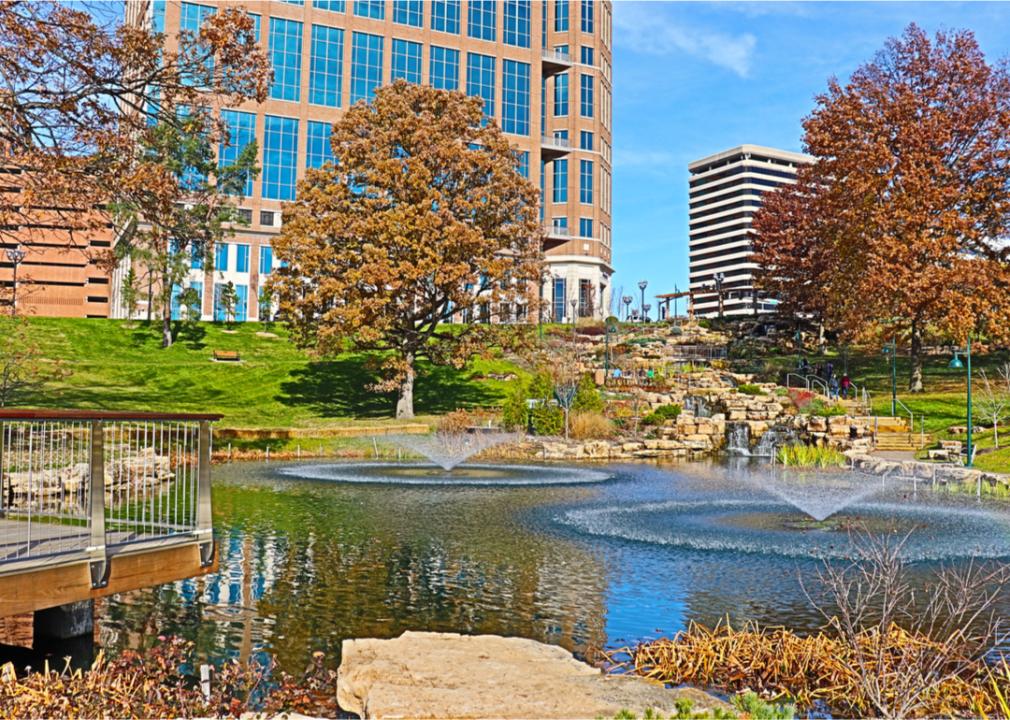 The city of Clayton offers a variety of housing choices, from elegant single-family homes to condominiums and apartments. Most are within walking distance of offices, restaurants, shops, and galleries. About 80% of Clayton’s land is used for residences or parks. Washington University, Fontbonne University, and Concordia Seminary make their home in the city. A 124,000-square-foot community center offers swimming, fitness, and other programs. Downtown St. Louis and its attractions are less than 20 minutes’ drive away. 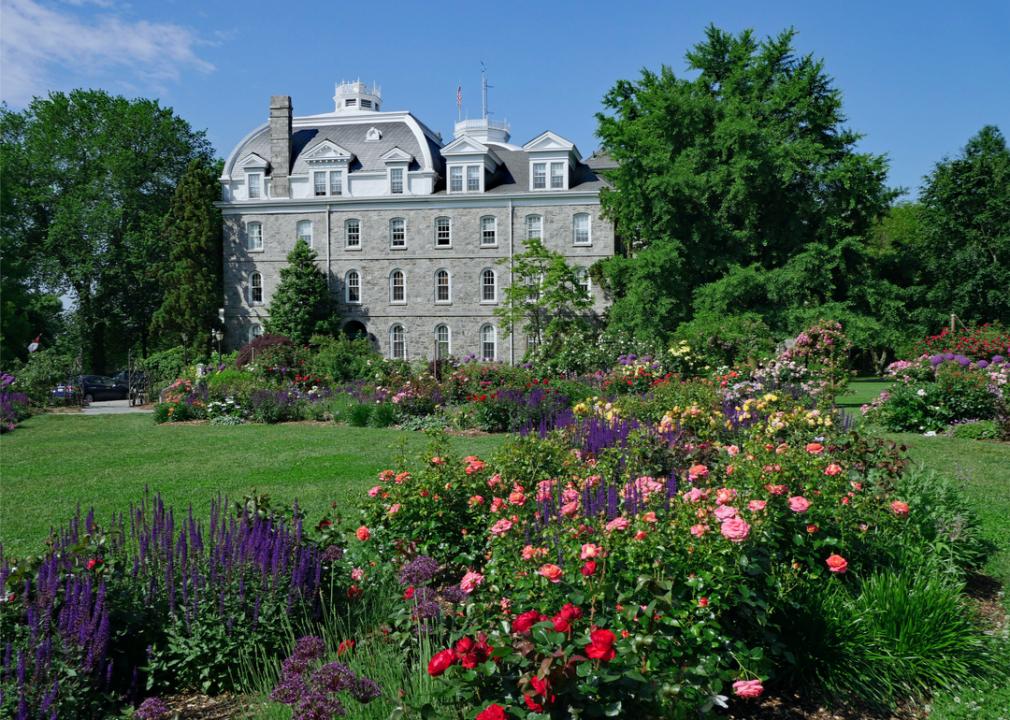 Swarthmore has been a college town of sorts from the start, developing around Swarthmore College, founded in 1864, before officially becoming a borough in 1893. Quakers settled in the area in the late 17th century on land granted to them by William Penn, and they founded the college for their children. The area also was the birthplace of artist Benjamin West, in whose honor it earlier was known as Westdale. By the 1930s and 1940s, the installation of sidewalks turned the village into a bona fide suburban college town, and today it is connected to the Pennsylvania Turnpike and Interstate 95 via Interstate 476. 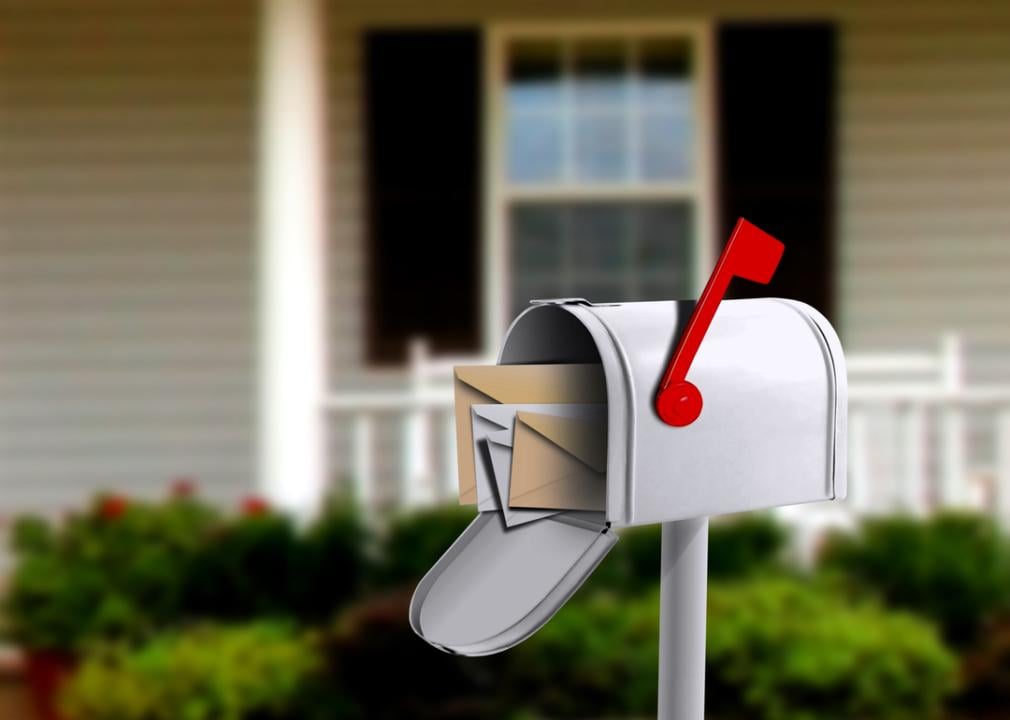 Clarendon Hills, which bills itself “The Volunteer Community,” holds a number of events in its downtown: a summer music concert series called “Dancin’ in the Street,” Daisy Days, and an Christmas Walk and Annual Tree Lighting Ceremony. Volunteers, of course, are behind the annual gatherings in this affluent community west of Chicago. Clarendon Hills takes its sustainability seriously and placed seventh on the U.S. Environmental Protection Agency’s 2020 list of Green Power Partner communities. Sixty-eight percent of its electrical consumption came from renewable energy certificates as a result of wind power generation.

Not to be confused with Great Neck Plaza, which lies just to the south of this cozy, unincorporated suburb, Great Neck Gardens provides a sparse quiet environment quite different from the overt hustle and bustle of New York City. Homes values are quite a bit above the national average, but pricey though the area may be, it also features a highly rated public school system and direct access to Allenwood Park, which offers 13 acres of softball diamonds, all-weather tennis courts, a basketball court, a water pad, and playgrounds for children, as well as a pond with a walking path.

You may also like: Best small towns for retirees in America 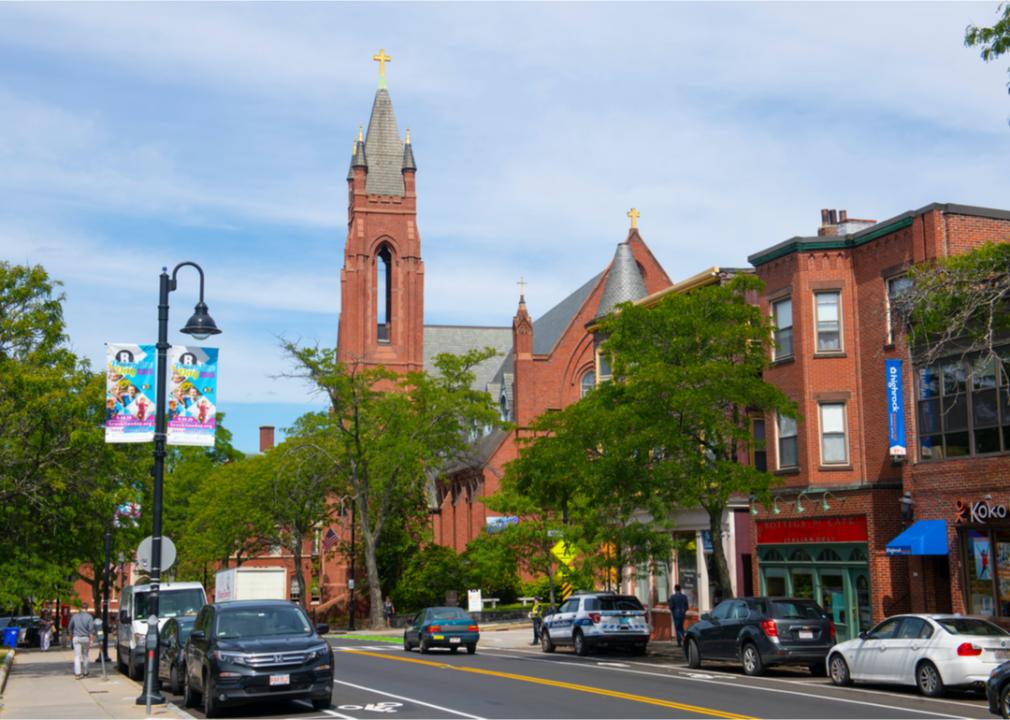 Four miles from downtown Boston and surrounded by the city on three sides, Brookline was a streetcar suburb up through the mid-19th century. Though one of the largest towns in Massachusetts, it has little industrial development and less than 6% of its land is zoned for commercial use. Its median housing prices are some of the highest in the state. Among its community highlights are a skating rink, an aquatics center, and a golf course. 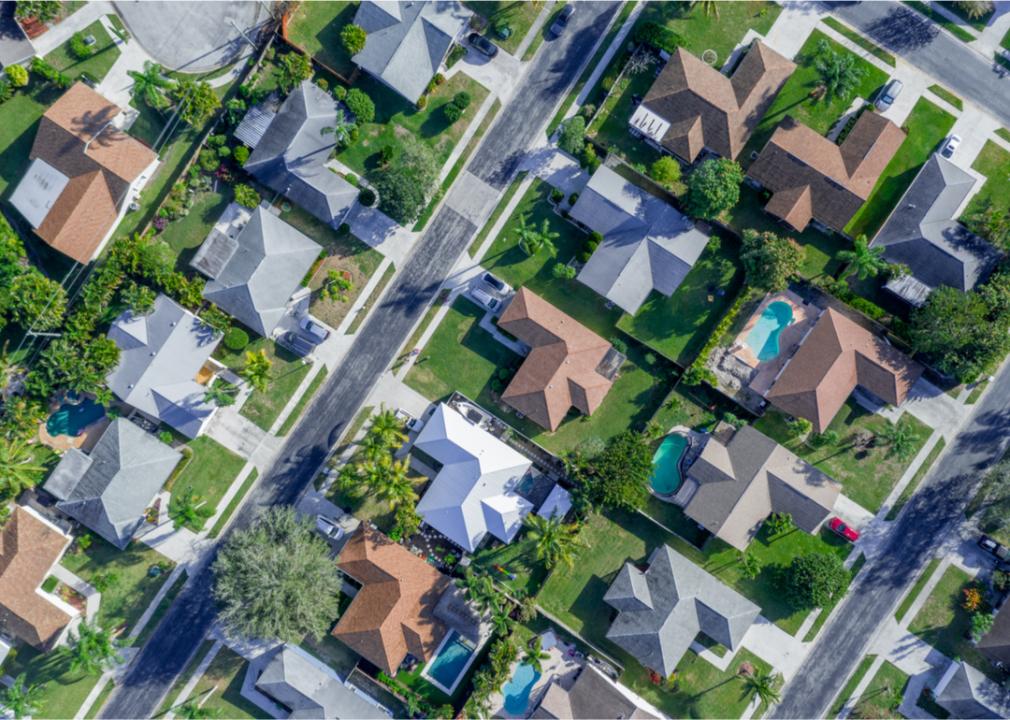 Holly Hills is halfway between downtown Denver and the Denver Tech Center. Residents like that it is close to major roads, light rail, and all of what Denver has to offer. The Cherry Creek School system, which serves the unincorporated community, has received high marks from U.S. News and World Report as well. The High Line Canal, which at 71 miles is one of the ​​longest linear parks in the country, is easily accessible. 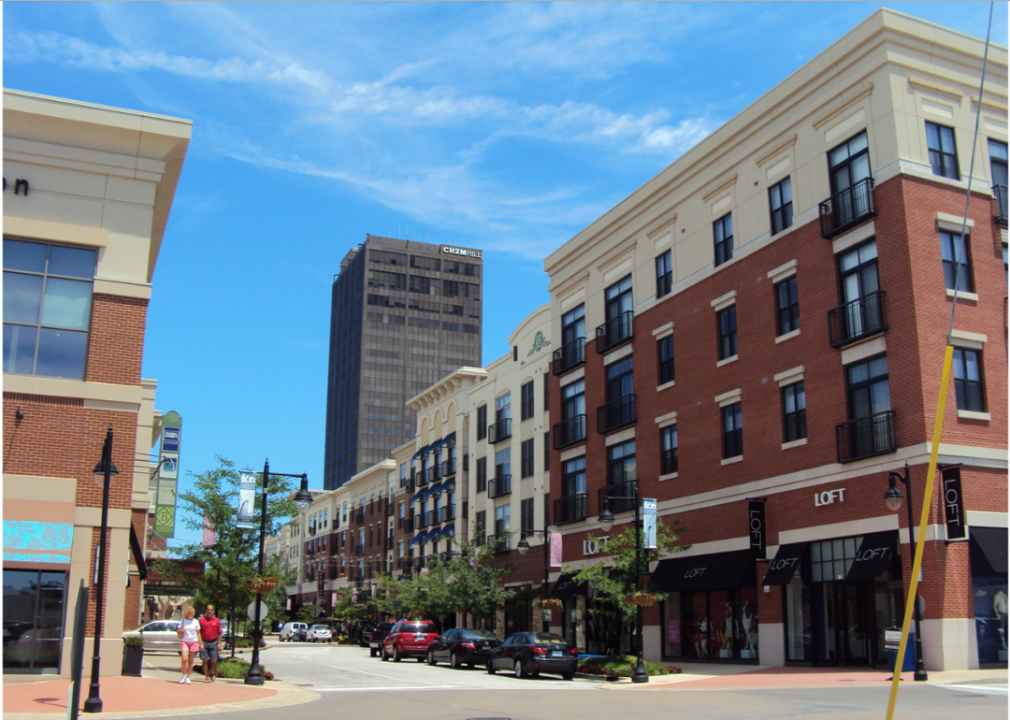 This community shares a school district with neighboring Maplewood as well as a community garden. It gets top marks for its public schools, housing, diversity, nightlife, and family-friendly character. A local tale credits Civil War Gen. Robert E. Lee with the name. He supposedly said that the area reminded him of Richmond, Virginia, though town officials cast doubt on the story. Among its prominent historical residents were aviator Charles Lindbergh, tennis champion Arthur Ashe, and musician Chuck Berry. 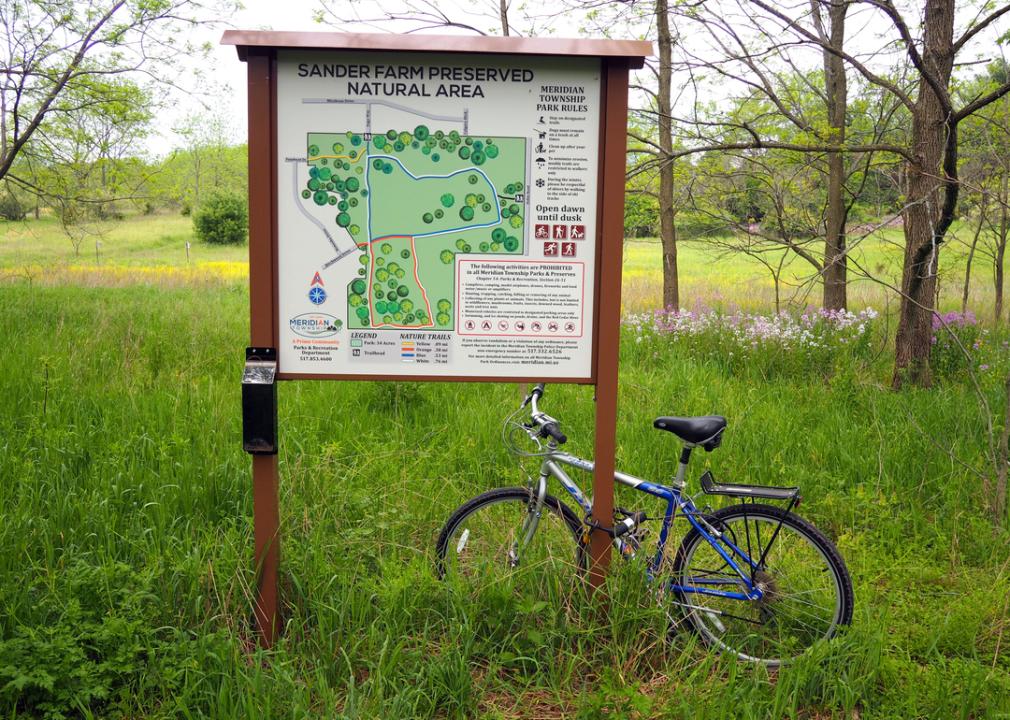 Located 10 miles east of Michigan’s state capital of Lansing, Okemos is also within easy reach of Michigan State University. Originally founded as the village of Hamilton, Okemos was a stopping point for travelers between Detroit and Lansing. It falls mostly within Meridian Township but has its own school system. It is named after the Saginaw Chippewa Chief Okemos. That historic relevance found renewed meaning in 2021, when the Okemos Board of Education voted to stop calling its sports teams the “Chiefs” because Native Americans and others found its use offensive. 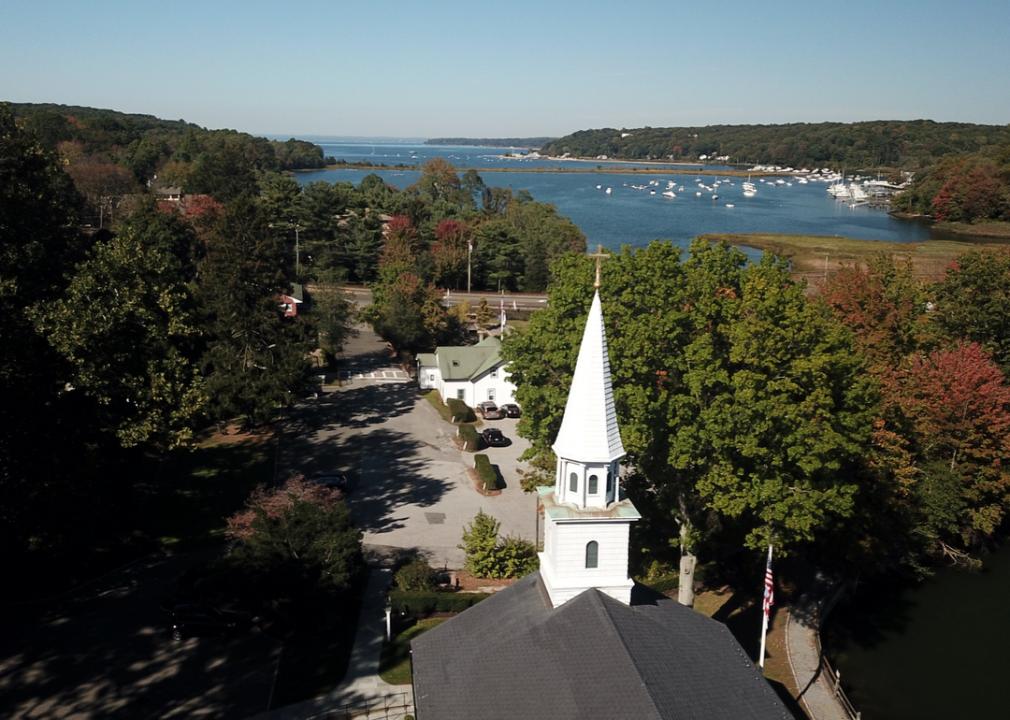 A long established suburb, Great Neck Plaza stands out on Long Island because it has kept many of its historic buildings. An early influence was William Russell Grace, a former New York City mayor who had a vision for the village as home to celebrities and business people. He bought up property, brought in other real estate investors, and hired engineers to work on the railroad connecting the village to New York City. Today, Great Neck Plaza offers a dense urban community outside the constriction of New York City.

You may also like: Best affordable places to live in every state 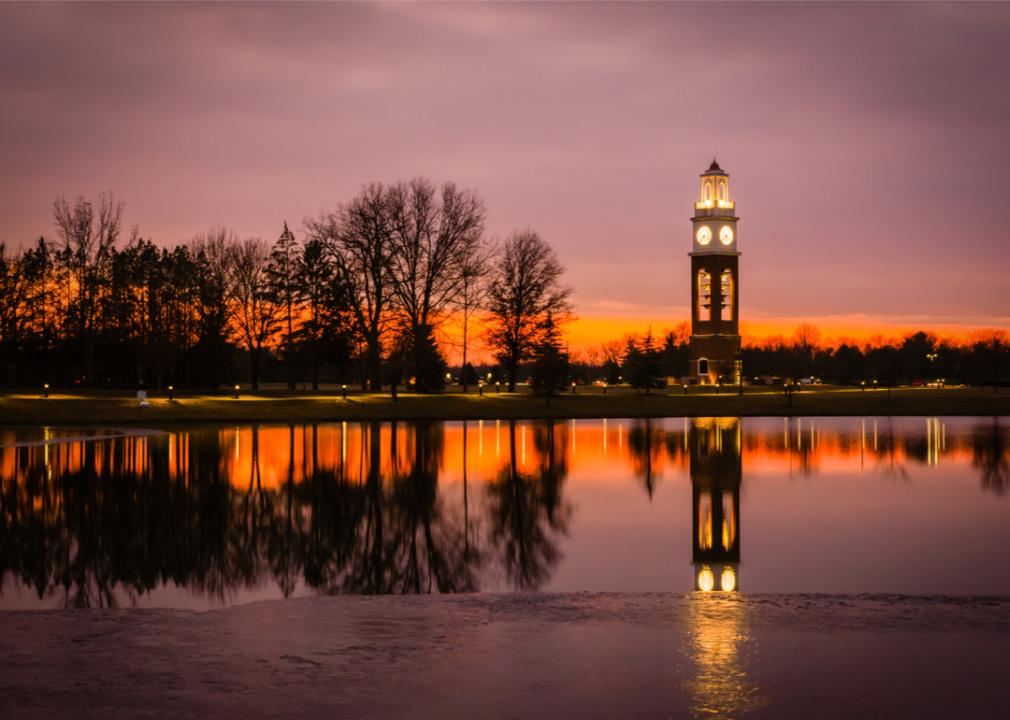 Carmel has experienced two growth spurts in the past 50 years, first when residents flocked to its top schools and safe neighborhoods in the 1980s and 1990s and more recently when a rundown Main Street was transformed into an Arts & Design District and a city center was created in an abandoned strip mall. The new walkable downtown has drawn corporate headquarters and other business. The community has first rate parks, cultural offerings, entertainment, and more than 100 free events during the year. 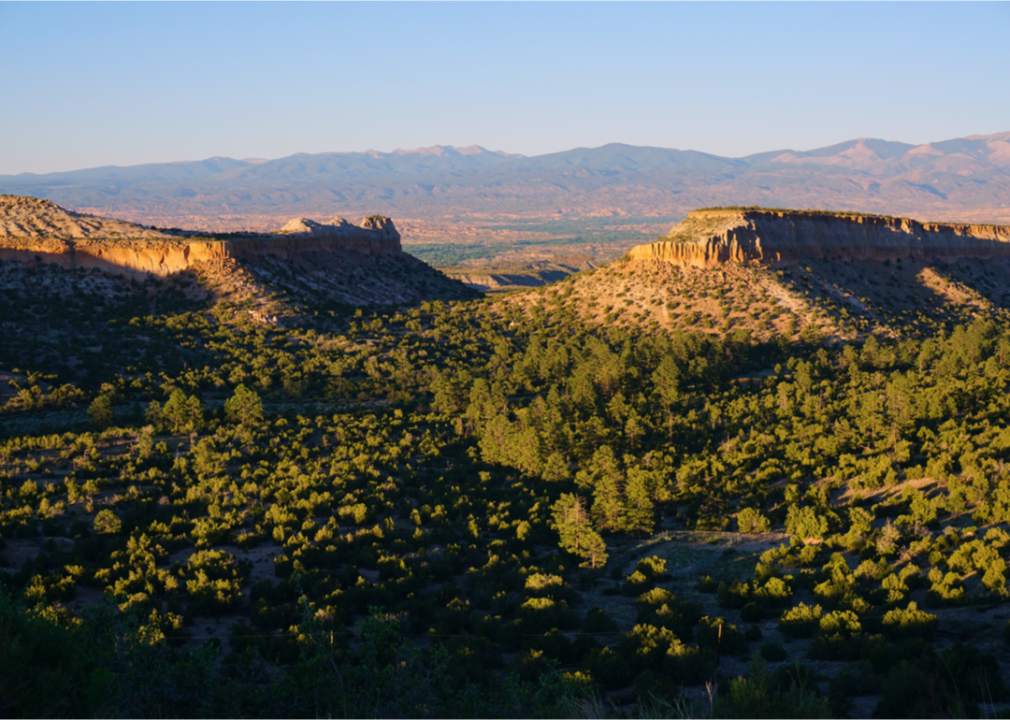 Los Alamos has twice been chosen by U.S. News and World Report as the country’s healthiest community. A gateway to three national parks, it hosts such annual sporting events as the Tour de Los Alamos bicycle road race, the Run the Caldera Marathon, and the Pajarito Punishment mountain bike race. It also is the site of the Los Alamos National Laboratory, constructed by the U.S. government during World War II for the top-secret Manhattan Project, which developed the world’s first atomic weapons. 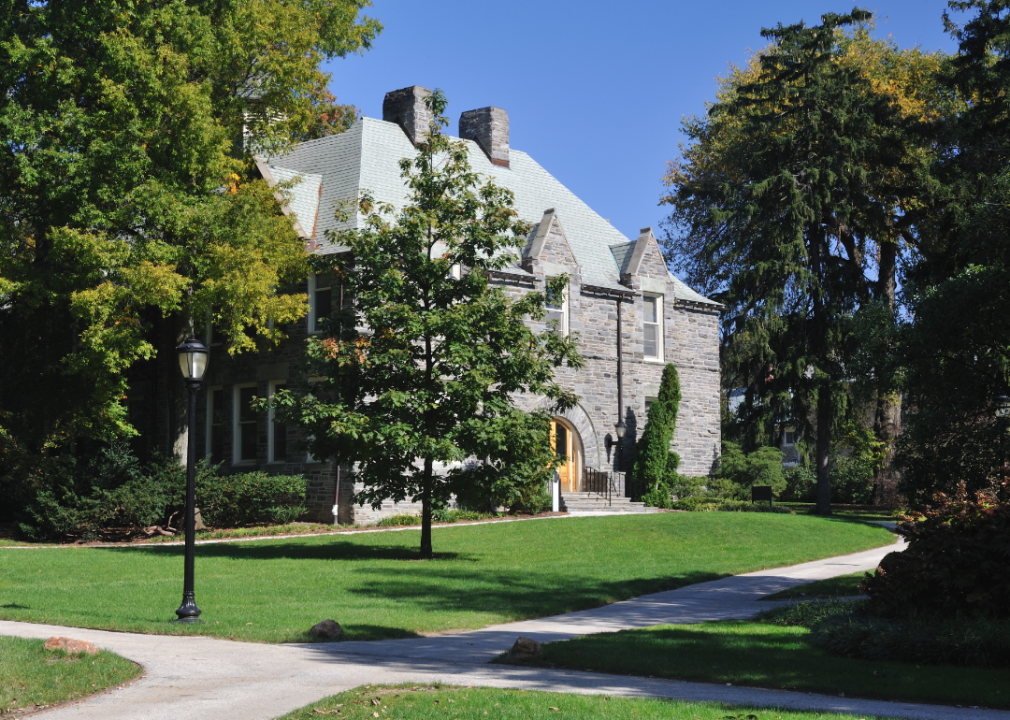 Ardmore is the largest of the wealthy Main Line suburbs stretching along the former Pennsylvania Railroad out of Philadelphia. It was home to one of the country’s earliest shopping centers, Suburban Square, which opened in 1928 and today is an outdoor shopping area with a farmers’ market. The town is considered one of Philly’s most walkable suburban communities. 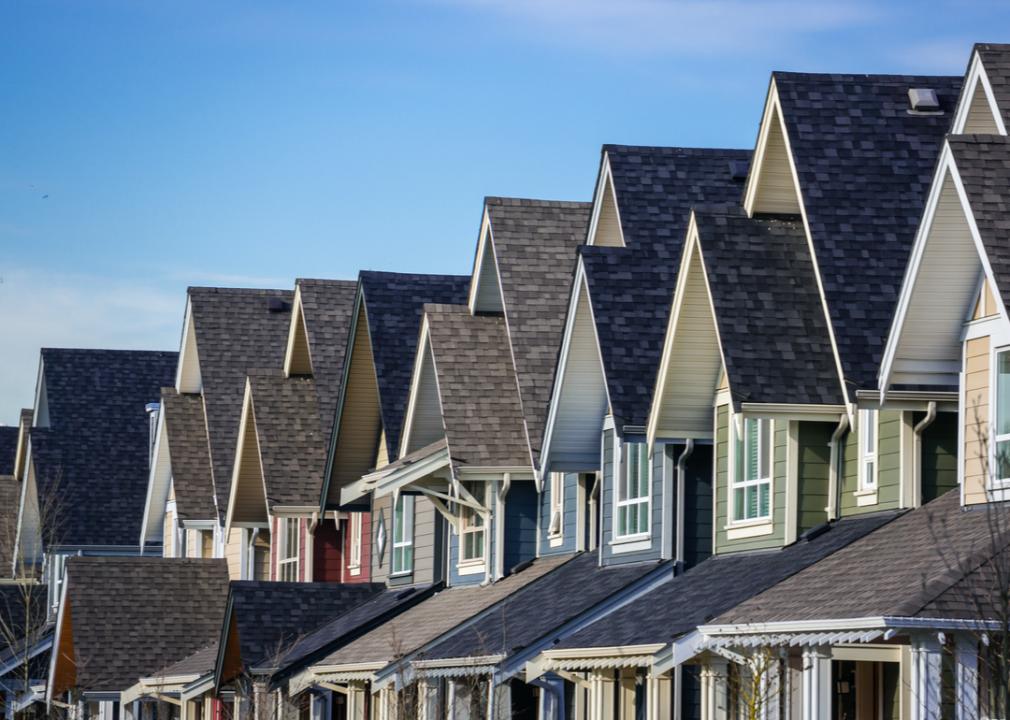 Penn Wynne is located on Philadelphia’s Main Line and is a predominantly residential community where most people own their homes. Penn Wynne Park offers multiple sports fields, a children’s playground, and tennis courts. Penn Wynne Elementary School is well regarded, and the local library has been recently renovated and offers numerous activities, including an author reading series. Among other civic opportunities is the Penn Wynne Civic Association, a volunteer nonpartisan group that has organized activities in the township for more than 80 years. 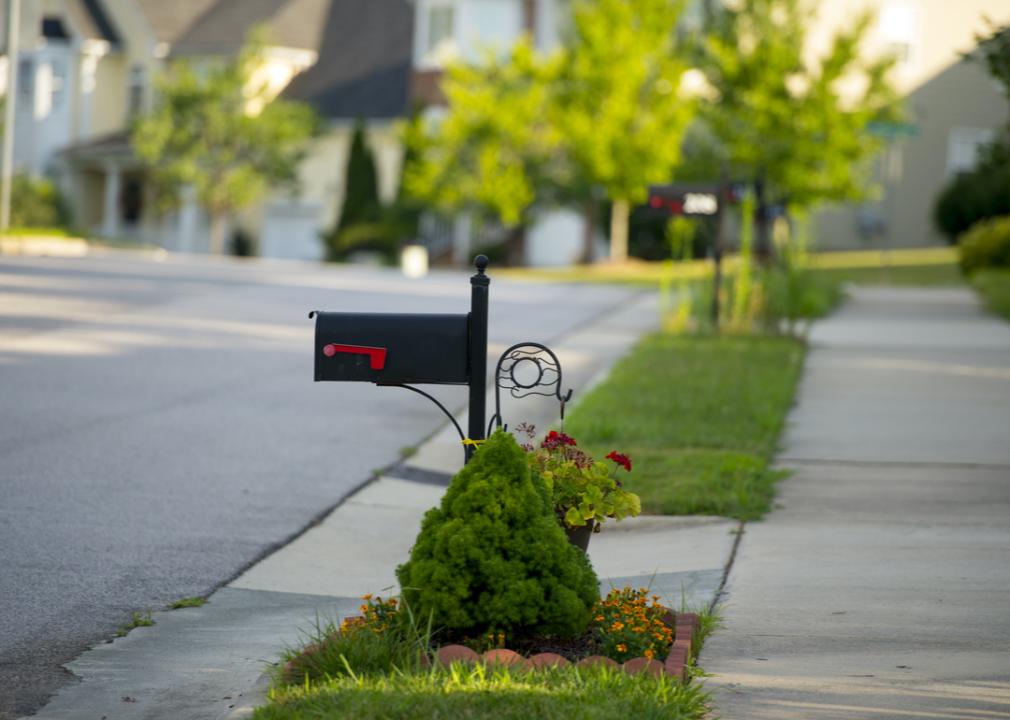 Chesterbrook provides close access to Valley Forge National Historical Park, and is served by the Tredyffrin/Easttown School District, which is perennially highly rated. Nearby Wilson Farm Park boasts a wide array of opportunities for play and leisure within the community, including multiple sports and multi-use fields, an amphitheater, a pavilion, a putting green, and sand volleyball courts.

Learn how to diversify and hedge your long-only stock portfolio. Sign up for a free insight into the Swing Trading 101 program developed over thousands of hours of trading over hundreds of thousands of dollars across stock, commodities, options, and cryptocurrencies. It’s designed to empower you to take a unique but strategic approach to the markets. Learn More.

This post was produced by Stacker and syndicated by Tim Thomas / Timothy Thomas Limited.