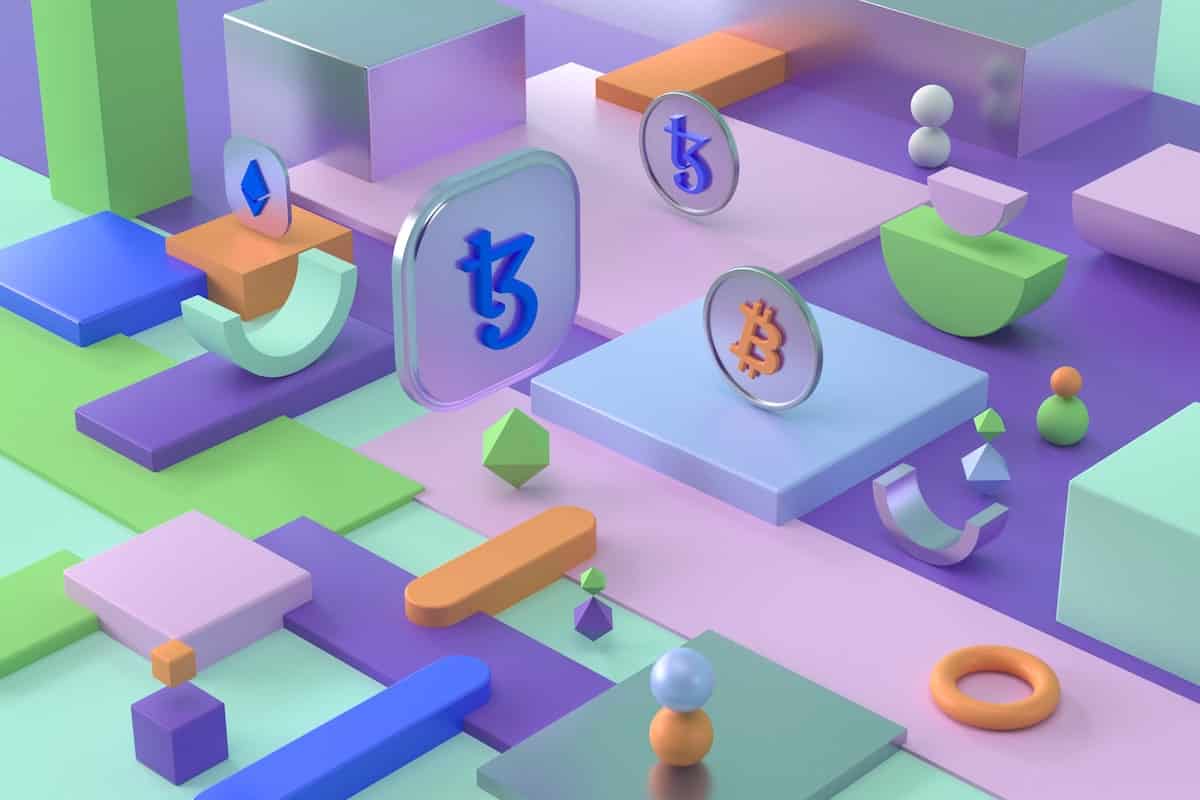 Everyone from Eminem to Paris Hilton has gotten into investing in NFTs over the past year, but just as the space seemed close to mainstream acceptance, it hit controversy. Although NFTs were initially praised for letting artists profit from their work without middlemen, the lack of regulation has meant fraudsters can profit from their art instead. There’s also evidence linking NFTs and money laundering. However, if you’re prepared to see beyond these challenges, NFT stocks could still be worth investing in.

To help you weigh up both sides, let’s assess the challenges the NFT world faces right now and identify some of the best buy NFT stocks.

As non-fungible tokens, investing in NFTs represent ownership of (usually digital) assets. Anyone can create an account on an NFT marketplace like OpenSea, upload a file (e.g., a JPEG), and “mint” an NFT almost instantly — which they can potentially sell for a significant profit. No need to verify your identity.

In theory, you could take a screenshot of this article and turn it into an NFT right now.

To stop others from profiting off their designs, many manufacturers have filed trademarks. Nike recently put its trademark to good use, filing a lawsuit against StockX for selling images of Nike shoes as NFTs. It’s unclear what the outcome of the lawsuit will be — some believe it could be considered “fair use.”

The average person might find it difficult to sympathize with the likes of Nike, but how about independent artists? The Dutch artist Lois van Baarle recently discovered that more than 100 pieces of her art were up for sale as NFTs on the OpenSea marketplace, despite her not being involved in the process. Many other artists have noticed the same problem, and are struggling to have the fraudulent NFTs removed before their creators can sell them and disappear.

Then there are the allegations of money laundering to consider. Recent reports suggest that fraudsters are taking advantage of the anonymity of NFTs to disguise money laundering practices, especially considering the high prices NFTs can sell for without raising suspicion.

Although the practice is relatively small for now, it seems to be growing. Around $1.4 million of illicit value in the NFT space was tracked in the final quarter of 2021, compared to just $415,854 at the start of the year.

Yes, NFTs are facing some problems right now — but which market didn’t experience difficulties at some point in its ascent to success? There are sure to be some roses among the thorns.

Due to the freshness of the NFT market, the biggest names (such as marketplaces like Opensea) aren’t yet publicly listed. Therefore, the stocks below are for more established companies that have shown signs of entering the space.

The American manufacturing company Funko was founded in 1998 and made its name by selling all kinds of collectibles related to pop culture, such as figurines and licensed apparel. If you know anything about NFTs, you’ll know that collectibles are a growing area, so it makes sense that Funko would be keen to get involved.

Funko recently acquired TokenWave, the owner of popular NFT app TokenHead, and has since launched an NFT range based on its pop culture collections. Could it be one to watch?

Funko’s stock price has been all over the place in recent years, and it dropped from around $25.5 in May 2021 to $18.13 in February 2022. However, as the NFT narrative shifts its focus beyond art, it’s a possibility that companies like Funko could benefit.

The name PLBY Group might not ring any bells to most people, but how about Playboy? After being known for its magazines and photoshoots for so long, it made sense for the brand to venture into the NFT space, and that’s exactly what PLBY Group has now done.

The company has struck up a partnership with the popular NFT marketplace Nifty Gateway to launch a collection of NFT artwork. It has already sold the Playboy Rabbitars NFTs collection for $9 million, suggesting a strong future.

As with Funko, the PLBY Group stock price has been down recently, from $40.8 in November 2021 to $16.3 more recently. Could it be time to buy in before everyone else catches on?

Jiayin is an online loans marketplace from China, so it doesn’t have obvious ties to NFTs. In fact, it hasn’t even officially launched a collection or made any moves into the space, so it’s a bit of a wildcard. However, there was a lot of Twitter buzz in 2021 that the Jiayin group planned on joining the NFT buzz, which drove speculation.

Following the trends of the other NFT stocks, JFIN’s value has been down recently, hovering around $2 )despite being worth $16 in 2021). The initial buzz seems to have worn off now that Jiayin still hasn’t moved into NFTs as quickly as many thought it would, but could this change soon?

Takung Art dates back to 2009 and sells artwork aimed at investors, especially Asian artwork, and offers shared ownership. Although art is where the bulk of the NFT issues are happening, this is partly due to the practices of NFT marketplaces like OpenSea. It’s possible that the entry of more traditional companies like Takung Art could change how things are done.

There’s lots of speculation that Takung Art plans to enter the NFT space, but it seems to be taking its time.

Meanwhile, its stock value is plummeting. After reaching a high point of $53.8 in March 2021, TKAT’s stock price declined to around the $2 mark more recently. Whether you see that as a good or bad time to start investing is down to you.

Enter at Your Peril

As with any emerging market, it’s tough to predict the future of NFTs with any kind of certainty. Over the last year alone, we’ve seen the landscape go from completely unknown to a fad among celebrities and big brands to facing accusations of fraud. Who knows what could happen next?

Yet despite the valid concerns within the NFT space, the companies above prove there’s more to NFTs than just the negatives.